Share on Facebook Tweet Snapchat Share Reddit Email Comment
Intex, soon after launching the Aqua 3G+ and Aqua V 3G smartphones, has now revealed the Aqua Eco and Aqua Y3, priced at Rs. 3,650 and Rs. 4,490 respectively. The company has listed both the new Intex Aqua-series smartphones on its website; however, there is no official word yet about the availability of these handsets.

The Intex Aqua Eco is a dual-SIM (GSM+GSM) smartphone which runs the now-dated Android 4.2.2 Jelly Bean out-of-the-box. It comes with a 4-inch (480x800 pixels) WVGA IPS display and is powered by a 1.2GHz quad-core processor coupled with 512MB of RAM. It comes with 512MB of inbuilt storage, which is further expandable via microSD card (up to 32GB). It sports a 3.2-megapixel rear camera with LED flash, while there is a secondary 1.3-megapixel front-facing camera also onboard. 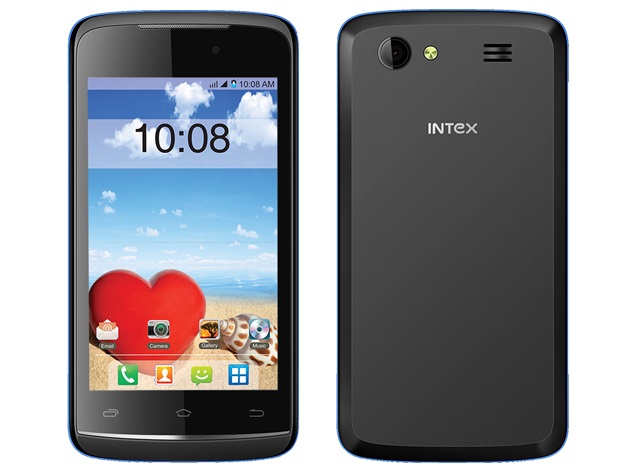 On the connectivity front, the Intex Aqua Eco offers 3G, GPRS/ EDGE, Wi-Fi 802.11 b/g/n, AGPS, Micro-USB, and Bluetooth options. The smartphone packs a 1500mAh battery, which according to the official listing is rated to deliver up to 7 hours of talk time and up to 180 hours of standby time. It measures 127.1x65x10.2mm, weighs 106 grams, and is listed in Black colour.

The Intex Aqua Y3, on the other hand, runs Android 4.4.2 KitKat out-of-the-box and comes with dual-SIM support. It features a 4.5-inch FWVGA (480x854 pixels) display. The smartphone is powered by a 1GHz single core MediaTek (MT6572) processor alongside 512MB of RAM. It includes 4GB of inbuilt storage that is expandable via microSD card (up to 32GB).

The Intex Aqua Y3 sports a 5-megapixel rear camera with LED flash, while also housing a 0.3-megapixel front-facing camera. Connectivity options on the smartphone include Bluetooth 4.0, Wi-Fi, Micro-USB, GPRS/ EDGE, GPS/ A-GPS, and 3G. It packs a 1600mAh battery that is rated to deliver up to 4.5 hours of talk time and up to 180 hours of standby time.