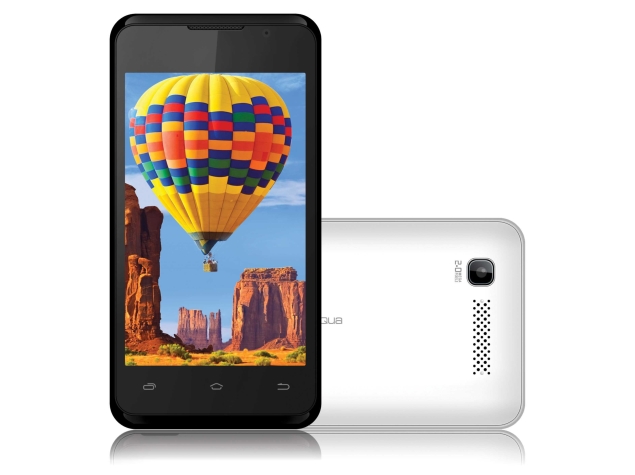 Intex has expanded its range of budget 'Aqua' of smartphones, with the introduction of the Aqua 3G. The smartphone has been launched at Rs. 3,555.

The company notes that the Intex Aqua 3G is targeted at consumers in Tier 2 and 3 cities of India. The new smartphone from Intex supports 3G connectivity, as the name suggests, a feature that is also the highlight of the device at this price.

A dual-core (unspecified chipset) processor powers the smartphone, clocked at 1GHz and coupled with 256MB of RAM. The Aqua 3G sports a 2-megapixel rear camera without flash, while there is a 0.3-megapixel front-facing camera also onboard.

The Intex Aqua 3G comes with 512MB of inbuilt storage, and can be expanded up to 32GB via microSD card. It supports Bluetooth, Wi-Fi, GPS/ A-GPS, GPRS/ EDGE and Micro-USB. The budget smartphone is backed by a 1400mAh battery with no word on talk time and standby time.

Commenting on the launch, Sanjay Kumar Kalirona, Business Head, Mobiles said, "We at Intex are at the forefront to innovate and offer products which promises the customers seamless functioning and unbeatable browsing experience at a rock bottom price. Aqua 3G is a marvel from Intex basket which will enable users to stay connected with the world all the time."

Last week, soon after Mozilla's announcement that Intex would be launching Firefox OS-based smartphones in the 'next few months', the company in a statement said its first Firefox OS smartphone, the Intex Cloud FX, would be priced under Rs. 2,000 when it launches in the first week of August.