Two new Intex smartphones, the Aqua 3G NS and Aqua Wave, have been listed by the company. Priced at Rs. 3,190 and Rs. 2,949 respectively, both the smartphones can be expected to hit market shelves soon.

Both the Intex smartphones run Android 4.4.2 KitKat out-of-the-box and comes with dual-SIM support. The Intex Aqua 3G NS and Aqua Wave come with a lot of identical innards. Both the handsets are powered by a 1GHz Spreadtrum (SC7715) processor; though Aqua Wave features a variant of the chipset - Spreadtrum SC7715A. Both the smartphones come with 256MB of RAM and feature 512MB storage. The Aqua 3G NS and Aqua Wave support expandable storage via microSD card (up to 32GB). Both feature 4-inch displays with a screen resolution of 480x800 pixels. 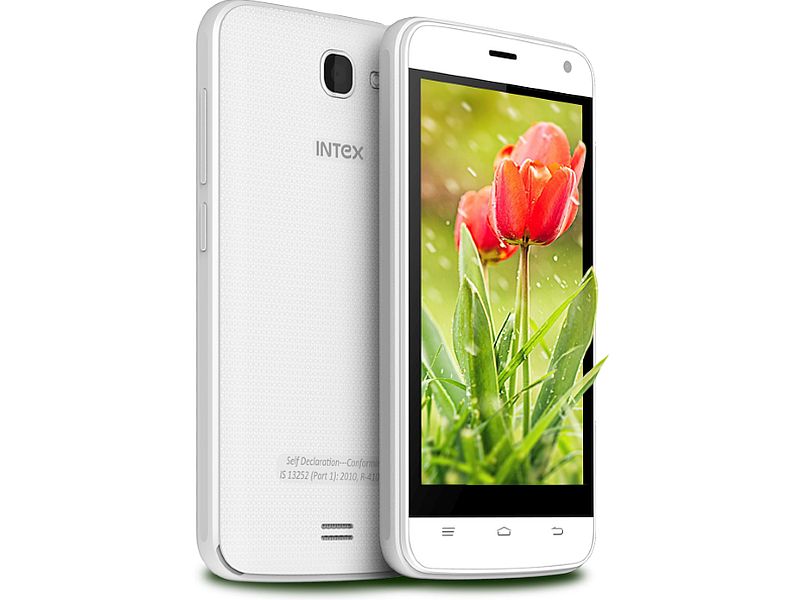 The smartphones also differ in dimension with the Aqua 3G NS measuring 122.5x63.3x10.1mm, and the Aqua Wave measuring with 123.5x64.5x10mm. Both the handsets support 3G on one SIM and 2G on another. Other connectivity options include Bluetooth, Micro-USB, Wi-Fi, and GPRS/ EDGE.

The Intex Aqua 3G NS is listed in Champagne colour while the Aqua Wave comes in Black, Grey, and White.