As for the cameras, the new InFocus smartphone houses a 13-megapixel rear camera with LED flash and a 5-megapixel front-facing camera. Both front and rear cameras have an f/2.2 aperture. It is offered with either 16GB or 32GB of inbuilt storage, which is expandable via microSD card (up to 32GB). Connectivity options offered by the InFocus Turbo 5 include 4G VoLTE connectivity, Wi-Fi 802.11 b/g/n, Bluetooth, GPS, and FM radio. 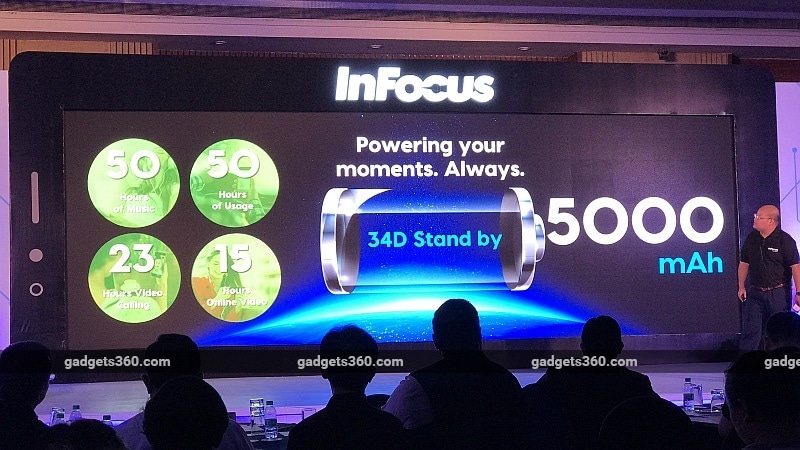 Of course, the major attraction here is the 5000mAh battery pack that is rated to last almost two days on a single charge, deliver up to 34 days of standby time, 50 hours of continuous music playback, and 23 hours of video calling. The smartphone can be used as a power bank for charging other devices, thanks to its reverse charging feature. The InFocus Turbo 5 is 8.95mm thick, weighs 164 grams, and sensors include accelerometer, ambient light sensor, digital compass, and range sensor.