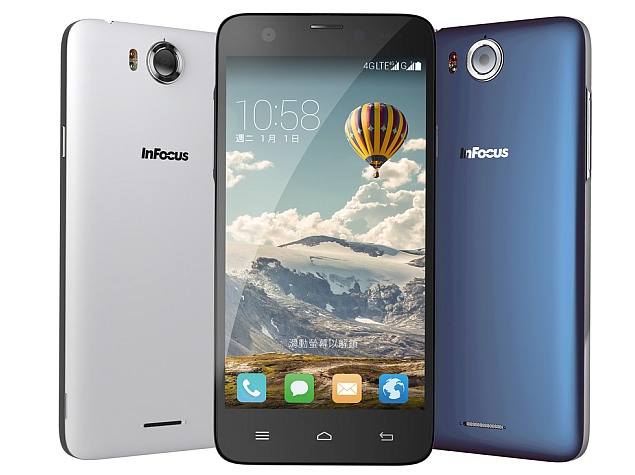 InFocus on Tuesday launched the M530 in India priced at Rs. 10,999. The smartphone will be available exclusively via Snapdeal starting Friday.

The highlight of the smartphone at its price is that it features a 13-megapixel front-facing and rear camera solution. It also supports both 4G LTE bands in India, specifically 1800MHz Band 3 FDD-LTE and 2300MHz Band 40 TDD-LTE.

It measures 157x77x8.9mm, and will be available in White and Violet colours. It packs sensors such as accelerometer, ambient light sensor, magnetometer, and proximity sensor.

"After much research and careful market study, we realised that today's young Indians have two specific demands from their ideal smartphone: powerful phone and a camera that astounds, particularly one that gives the best-quality selfies. Keeping these preferences in mind, we have developed a one-of-a-kind smartphone that is a manifestation of all their desires! The 13-megapixel front camera with flash and the rear camera equipped with dual color flash and F1.8 aperture ensures the clearest, brightest and most beautiful pictures that deserve to be shared with friends and family," said Sachin Thapar, Country Head, InFocus Mobiles during the launch.