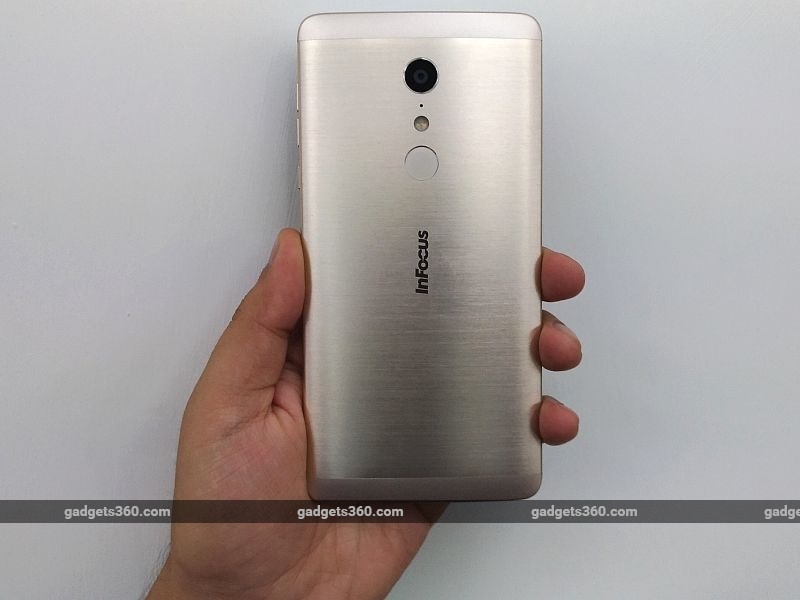 InFocus has unveiled a new series of smartphones called Epic with the launch of the InFocus Epic 1 in India. The smartphone is priced at 12,999 and will be sold exclusively via Amazon India. The company has started taking registrations, and the sale is scheduled to begin from October 25.

The talking points of the InFocus Epic 1 are its metal body, fingerprint sensor at the back, and the 16-megapixel object tracking camera. The smartphone comes with a USB Type-C port, and supports fast charging as well.

As for specifications, the InFocus Epic 1 features a 5.5-inch full-HD (1080x1920 pixels) On-Cell display. It is powered by a 1.2GHz MediaTek MT6797M deca-core processor paired with Mali T720 MP2 GPU and 3GB of RAM. It offers 32GB of internal storage that can be expanded further using a microSD card.

The InFocus Epic 1 smartphone runs on Android 6.0 Marshmallow with the InLife 2 UI skin on top. Optics include a 16-megapixel rear camera with OIS, PDAF, and object tracking technology. There's also an 8-megapixel front camera for selfies with f/1.8 aperture.

The InFocus Epic 1 packs a 3,000mAh battery, which claims to last up to 10 hours of talk time and 500 hours of standby time. Connectivity options include 4G VoLTE, Wi-Fi, Bluetooth, and a USB Type-C port.

InFocus has been teasing the smartphone on its social channels, and the company claims that the fingerprint sensor at the back reads prints in less than a second. On social media, the company has been showing off a Rose Gold colour variant.