Indian smartphone exports were at 10.9 million between January and September. 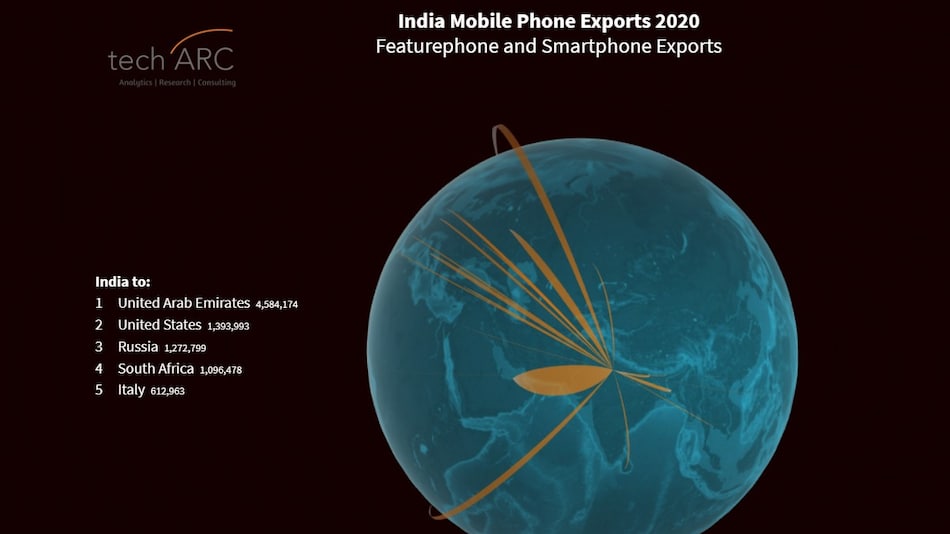 India smartphone exports are estimated to cross $1.5 billion, or approximately Rs. 11,104 crores, in 2020, a report by analysis and research firm techARC has shown. The report also shows that the 'Make in India' initiative has contributed significantly as people across 24 countries buy mobile phones made in India. Since January to September, a total of 12.8 million mobile phones were exported from India out of which, 10.9 million were smartphones. COVID-19 caused a sharp decline in the April to June period.

Faisal Kawoosa, founder and chief analyst at techARC shared that the PLI scheme that was approved for 16 electronics companies including 10 mobile handset manufacturers will further strengthen India's position in the global market.