According to Counterpoint, the premium smartphone segment grew 66 percent year-over-year in the last quarter to reach an all-time high. While both OnePlus 7 and OnePlus 7T-series phones helped OnePlus' performance in Q3, Samsung's performance was driven by Galaxy Note 10-series phones. iPhone XR price cut aided Apple's Q3 shipments in the country. iPhone XR accounted for half of Apple's premium smartphone shipment in the last quarter.

Counterpoint also says OnePlus grew almost 100 percent year-over-year, the cumulative premium smartphone market share of OnePlus, Samsung, and Apple declined to 79 percent from 83 percent last year, thanks to the better performance by the likes of Oppo, Xiaomi, and Asus in the segment. 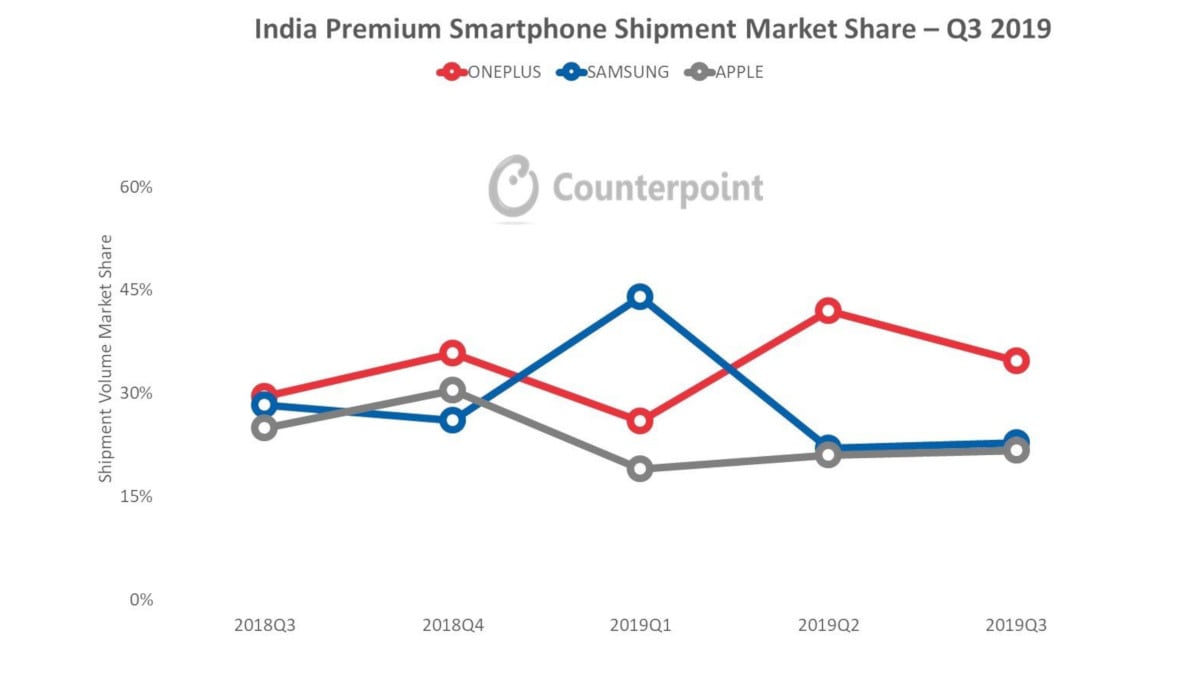 OnePlus was pipped by Samsung to take the top spot in premium smartphone shipments in Q1 this year
Photo Credit: Counterpoint

Even though the premium smartphone segment is doing well, there is still a long way to go for smartphone makers as a majority of the smartphone shipments in the country are still driven by entry-level and mid-range smartphones.

“While India's premium segment is seeing strong growth the segment is still at a nascent stage, contributing just 5 percent of the market by volume,” Karn Chauhan, research analyst, Counterpoint Research, said in a statement. “This is still low when compared to markets like USA and China, where the premium segment accounts for 50% and 22% respectively.”