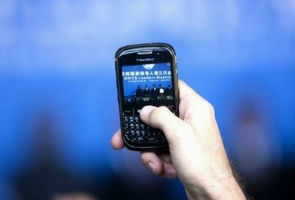 India has found a way to monitor BlackBerry corporate emails without asking developer Research in Motion (RIM) to hand over encryption codes a report said Wednesday, which could help end a standoff with the Canadian company.

RIM and the Indian government are at loggerheads over access to Blackberry's secure corporate email service, with New Delhi fearing it could be utilised by extremists to plot attacks.

Multiple deadlines have been issued to the firm to comply with government requests for monitoring, but to no avail.

RIM has claimed it is unable to hand over codes as the system is so secure that it does not have access.

But R. Chandrashekhar, the most senior civil servant in India's telecommunication ministry, was quoted by Dow Jones Newswires as saying the government now believes it can monitor BlackBerry emails without decrypting messages. He gave no further details, the news agency said.

RIM has offered in the past to supply so-called "metadata" -- information about an email's sender, recipient and the device from which it was sent, that authorities could use to track down emails on companies' servers.

Some countries, including India and Indonesia, have in the past threatened to shut down the company's services because of the difficulties that law enforcement officials face in accessing emails of suspected criminals and terrorists.

There was no immediate comment available from the government on the report and RIM officials in India declined to comment.

But in a statement, Dow Jones quoted RIM as saying it "truly has no ability to provide its customers' encryption keys".

The statement added: "RIM maintains a consistent global standard for lawful access requirements that does not include special deals for specific countries."