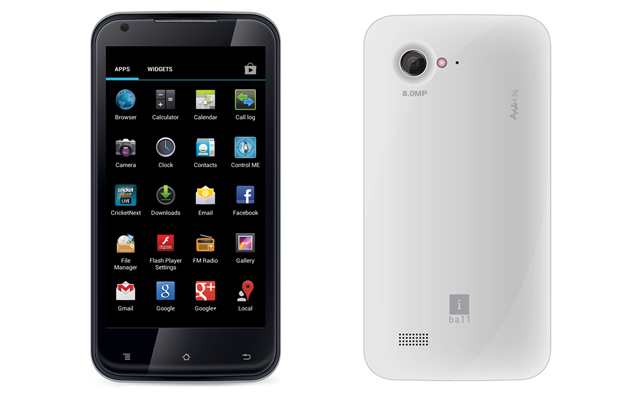 iBall continues to expand its Andi series of phones with the Andi 4.5Q being the latest addition. The device is now available at a best buy price of Rs. 11,490.

The Andi 4.5q sports a 4.5-inch qHD display (960×540) with a pixel density of 245ppi and runs on Android 4.1 Jelly Bean. It comes with an 8-megapixel autofocus rear camera that boasts multi-shot images, 360 degree panoramas, 3D photos and videos. There's a front camera for video calling as well.

Internally, the device is powered by a 1GHz dual-core Cortex A9 processor with 512MB RAM. Connectivity options include Wi-Fi, 3G and Bluetooth. It comes with a 2,050mAh battery. The company is bundling a dual cover and a free scratch guard with every purchase.

iBall had launched the Andi 4.5H with qHD display in December last year priced at Rs. 12,490. The specs included a dual-core 1GHz cortex A9 processor, 1GB RAM and 4GB internal storage (expandable by another 32GB). Also included is an 8-megapixel auto-focus rear camera with LED flash and a front camera for video calls. The connectivity options include Bluetooth, Wi-Fi, GPS and 3G. FM radio is thrown in for good measure.