While there are no official availability and pricing details for the iBall Andi Uddaan Quadcore (see above) and Andi5 Stallion+ (see below), we expect the company will announce them in the coming days.

The iBall Andi Uddaan Quadcore, much like previous Uddaan-series smartphones, comes with safety features for women such as a built-in SOS button.

On pressing the SOS button on the iBall Andi Uddaan Quadcore, a siren will ring alerting people around, apart from sending a pre-defined message to five emergency contacts. The feature also starts calling the five numbers and updates the user's location on Facebook with geo-codes, if connected to the Internet. The phone also houses a Swarovski Zirconia Crystal on the physical home button.

For specifications, the smartphone features a 5-inch qHD (540x960 pixels) display with a pixel density of 220ppi. The Andi Uddaan Quadcore is powered by a 1.3GHz quad-core processor coupled with 1GB of RAM. It comes with 4GB of built-in storage, which is further expandable via microSD card (up to 32GB). 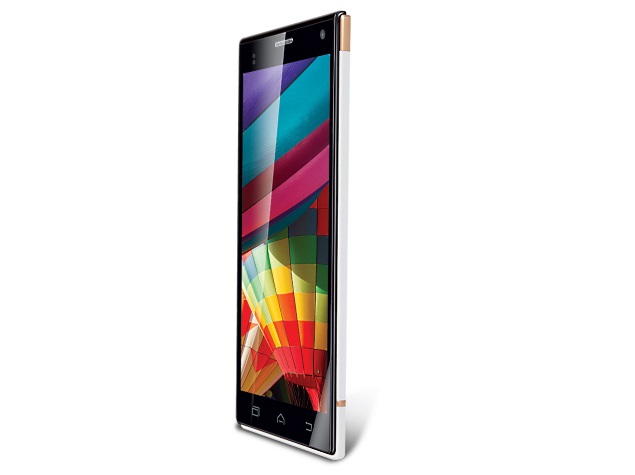 The Android 4.4 KitKat-based sports an 8-megapixel autofocus camera with BSI sensor and dual-LED flash. There is a 5-megapixel front camera on board as well. Connectivity options on the Andi Uddaan Quadcore include Bluetooth, Wi-Fi 802.11 b/g /n, GPRS/ EDGE, GPS/ A-GPS, and 3G. The handset is backed by a 2000mAh battery.

The iBall Andi5 Stallion+, on the other hand, runs Android 4.4 KitKat out-of-the-box. The dual-SIM based smartphone is powered by a quad-core processor clocked at 1.3GHz with 1GB of RAM. The Andi5 Stallion+ includes 8GB of inbuilt storage further expandable via microSD card (up to 32GB). It sports an 8-megapixel rear camera with LED flash and also houses a 2-megapixel front camera. The smartphone features Bluetooth, Wi-Fi, GPRS/ EDGE, GPS/ A-GPS, and 3G connectivity options. It supports dual-SIM with dual standby. It is backed by a 1700mAh battery.