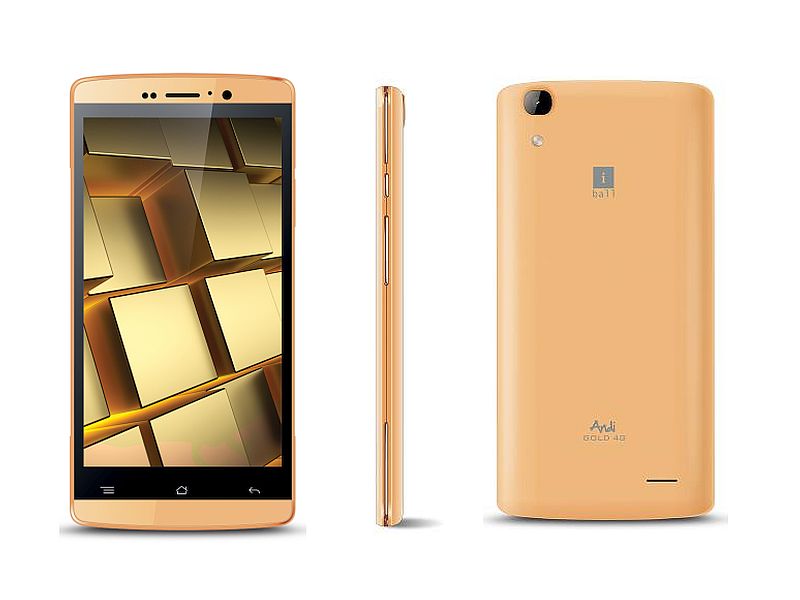 iBall has launched its new Andi 5Q Gold 4G smartphone in India. Priced at Rs. 6,799, the smartphone is now listed on the company's India website. We can expect the handset to be soon available via offline retailers. It's worth noting that the handset first showed up on site few weeks back but had no pricing mentioned.

The iBall Andi 5Q Gold 4G features a 5-inch HD (720x1280 pixels) IPS display with a pixel density of 293ppi. It is powered by a 1GHz quad-core processor paired with 1GB of RAM and packs 8GB of inbuilt storage. The handset supports expandable storage via microSD card (up to 32GB). It runs Android 5.1 Lollipop out-of-the-box and supports dual-SIM. Notably, both the SIMs support 4G connectivity. The handset supports download speeds of up to 150Mbps and upload speeds of up to 50Mbps on 4G network. Unfortunately, the handset doesn't support VoLTE (voice over LTE).

It sports an 8-megapixel autofocus rear camera with LED Flash and there is a 5-megapixel front-facing camera. Apart from 4G, the iBall Andi 5Q Gold 4G supports 3G, GPRS/ EDGE, GPS/ A-GPS, Bluetooth, Wi-Fi 802.11 b/g/n, and Micro-USB connectivity options. There is a 3000mAh battery on board.