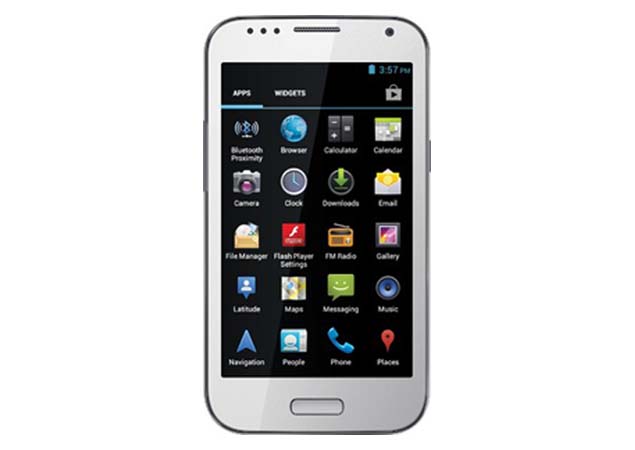 iBall is all set to launch iBall Andi 5L smartphone in the Indian market. This is another 5-inch offering by the company and it has already been listed on Flipkart.com for Rs. 10,490. The device has been listed as "Coming soon" and no specific launch date has been specified for this smartphone.

iBall Andi 5L is a dual-SIM (GSM+GSM) phone that packs in a 5-inch capacitive touchscreen display with 480X800 pixels resolution. There is a 1GHz Cortex-A9 dual-core processor on-board along with 512MB of RAM. iBall Andi 5L runs on the dated Android 4.0.4 (Ice Cream Sandwich).

It comes with 4GB of internal storage, which can be expanded by up to 32GB via microSD card. For camera, there is an 8-megapixel rear camera with auto-focus and LED flash and VGA one in the front. It comes with Light Sensor, Proximity Sensor, G-Sensor and 1800mAh battery.

Much like the Samsung Galaxy Note phablets, iBall Andi 5L will be offered along with a stylus.

Though iBall Andi 5L has not been released in the Indian market as yet, fonearena.com has already spotted Andi 5l sibling, iBall Andi 5Li, on company's website.