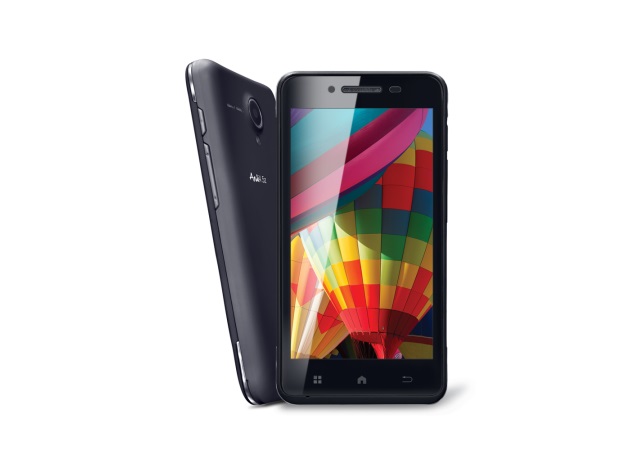 The iBall Andi 4.5z will be available in two colours - Classy Black and Serene White. The smartphone is powered by 1.3GHz dual-core Cortex A7 processor (unspecified chipset) along with 512MB of RAM. It features a 4.5-inch qHD (540x960) IPS display. There is an 8-megapixel autofocus rear camera with LED flash and also houses a VGA front-facing camera. The smartphone runs Android 4.2 Jelly Bean out-of-the-box.

The Andi 4.5z from iBall is a dual-SIM (GSM+GSM) smartphone with dual standby. There is 4GB of inbuilt storage onboard, which is further expandable up to 32GB via microSD card. It also packs a 1700mAh battery and includes Wi-Fi, Bluetooth, EDGE, GPRS and 3G connectivity options.

Commenting on the launch, Sandeep Parasrampuria, iBall Director, "Andi 4.5z is truly made for today's generation who wants the best of both the worlds - be it looks or performance. It is surely going to capture hearts with its captivating looks and fast performance."

iBall has been expanding its Andi range of smartphones aggressively and the product line boasts of about 13 products that include, Andi 4.7G Cobalt, Andi 4.5d Quadro, Andi 5Li, Andi 5L, Andi 4.5h, Andi 3.5KKe, Andi 3.5r, Andi 5h Quadro and the Andi 4Di, among others.

Recently, iBall unveiled the Andi 4Di+ which is the successor to the iBall Andi 4Di for Rs. 6,399. The iBall Andi 4Di+ comes with a 4-inch WVGA (480x800) IPS display. It is powered by dual-core 1.3GHz Cortex A7 processor (unspecified chipset) along with 512MB of RAM. It sports a 5-megapixel rear camera with LED flash and also includes a VGA front-facing camera. It bears 4GB of inbuilt storage, which is expandable up to 32GB via microSD card. The iBall Andi 4Di+ runs Android 4.2 Jelly Bean and support dual-SIM (GSM+GSM) with dual standby. It includes a 1700mAh battery and includes connectivity options like Wi-Fi, Bluetooth, EDGE, GPRS, GPS/ AGPS and 3G.