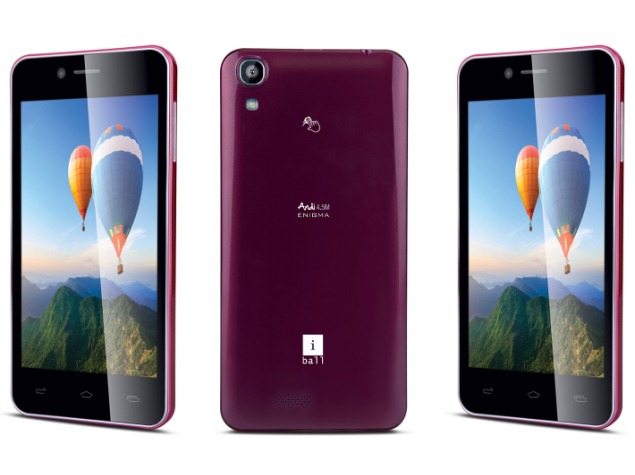 iBall has launched another Android 4.4 KitKat smartphone in its Andi series, called Andi 4.5M Enigma. The smartphone has been listed on company's site with the tag 'The Perfect Selfie Phone' and a price at Rs. 8,499. While there is no official word on availability, the smartphone is expected to hit shelves soon.

The Andi 4.5M Enigma measures at 133.77x66.31x8.77mm and weighs 135 grams. It packs a 1500mAh battery. The listing also mentions that the smartphone will offer 22 international system languages along with multiple regional language support (read & write) for 15 Indian regional languages.

Recently, iBall had launched the octa-core Andi5S Cobalt3 smartphone in India at Rs. 12,499. The Andi5S Cobalt3 by iBall is the successor to the Andi5T Cobalt2 launched in March at Rs. 11,999.