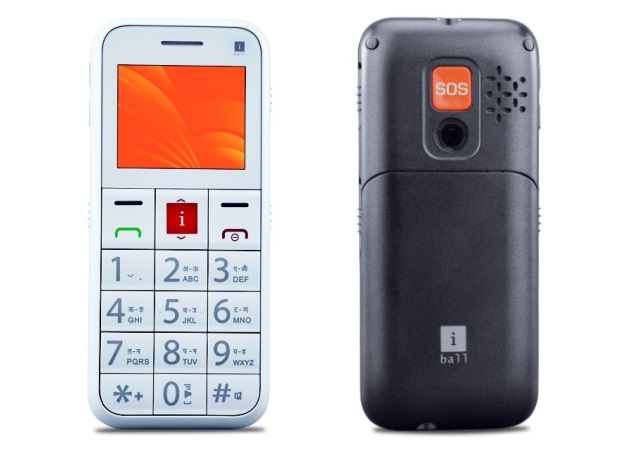 iBall has launched the successor to the popular Aasaan feature phone for senior citizens, dubbed Aasaan2, at Rs. 2,990.

Notably, the Aasaan2 has been equipped with a 'SOS' button. The special SOS button is at the back of the phone, and according to the company, can be used to automatically connect with an emergency phone number previously selected. In addition, within seven seconds of pressing the 'SOS' button, the iBall Aasaan2 emanates loud sound/siren to work as an panic alert, if something is wrong. It can also send out 'SOS' text messages to five contact numbers, sequentially calling them till a number is answered.

Commenting on the launch, Sandeep Parasrampuria, Director iBall said, "iBall was first to bring a phone specially for our respected senior citizens. It has been very well received and based on various feedbacks, we are happy to present Aasaan2 with newer features of music playback, camera and storage on microSD flash. We are sure these will further be useful to the elderly."