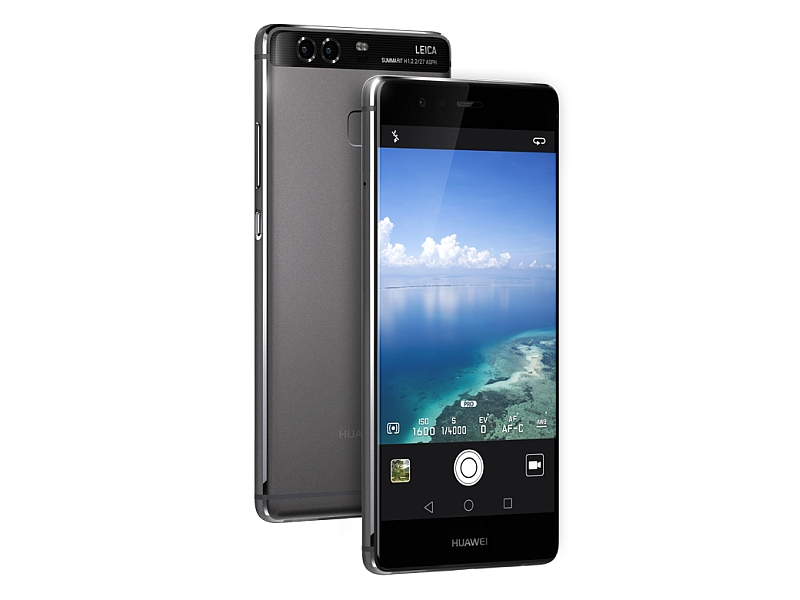 Highlights
China's Huawei is set to launch its flagship smartphone in India at a gala event in New Delhi on Wednesday. The Huawei P9, which was unveiled alongside the Huawei P9 Plus back in April, is already listed on Flipkart with an 'exclusive' tag, though there's no sign of the P9 Plus just yet.

Huawei made headlines when it launched the P9 and P9 Plus, with the smartphones featuring a dual rear camera setup that was designed in collaboration with Leica. The setup comprises two 12-megapixel sensors with f/2.2 apertures, and while one captures light in colour, the other captures monochrome images. As for the selfie cameras, both smartphones come with 8-megapixel offerings.

Apart from the display, battery, and memory/ storage configurations, other specifications of the Huawei P9 and Huawei P9 Plus are identical. The two Android 6.0 Marshmallow smartphones run EMUI 4.1 on top, and are powered by the company's Hi-Silicon Kirin 955 octa-core processor (four Cortex-A72 cores clocked at 2.5GHz + four Cortex-A53 cores clocked at 1.8GHz).

Both smartphones support expandable storage via microSD card (up to 128GB); and offer 4G LTE and USB Type-C connectivity support. The company is expected to bring at least some of the colour variants announced at the global launch to India - Ceramic White, Haze Gold, Prestige Gold, Rose Gold, Silver, and Titanium Grey.
Affiliate links may be automatically generated - see our ethics statement for details.