Huawei is teasing lossless zoom on the P30 series

Huawei will be addressing the members of the press at MWC 2019 next week, where its expected to unveil some new technologies along with its foldable phone. However, its flagship offerings will be shown off on March 26, at a separate event in Paris. We are of course, talking about the Huawei P30 series, which has been officially confirmed for a March announcement.

Huawei has been steadily releasing teasers on its Twitter handle about the new features of the P30 series, primarily its camera which will be the highlight of the smartphones. Its most recent tweet further hints at the presence of lossless zoom on the new P30 series. The tweet reads “The competition isn't even close. A better zoom is coming on 26.03.2019,” along with a picture showing a forest in one half and a zoomed-in view of a butterfly in the other half of the image.

The text on the image reads, “Standard doesn't do Powerful zoom,” with the 'S' and ‘P' in different colours. Huawei has also released a flurry of tweets around the time Samsung launched its S10 series, taking a dig at the South Korean smartphone maker. The 'S' is probably a tongue-in-cheek reference to the Galaxy S series, whereas the ‘P' refers to Huawei's P series.

The other day, Huawei's CEO Richard Yu posted a photo of the moon on Weibo, further confirming the presence of a lossless zoom on the P30 Pro. Its predecessor, the P20 Pro also boasted of a 5x hybrid lossless zoom and it looks like the new model will improve on that feature. This phone will eventually compete directly with Oppo's upcoming 10x hybrid lossless zoom technology too. 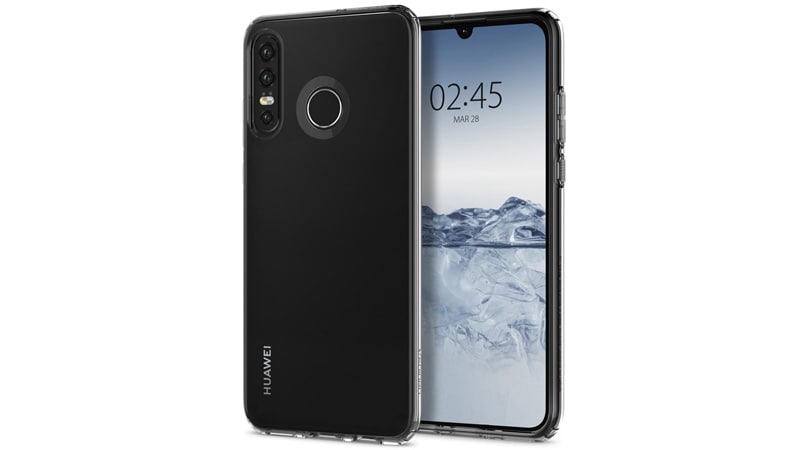 The Huawei P30 and P30 Pro have more or less been confirmed to be announced so far, thanks to the above leaks even a case leak by Spigen a few weeks ago. Spigen's website still shows cases for the P30 and P30 Pro if you search for it but it also reveals cases for a P30 Lite. We don't know much about the phone in terms of specifications but based on the renders, it will have a triple rear camera setup and a single front camera, placed in a water drop-style notch. It's also shown to have a capacitive fingerprint sensor on the back.

We have about month before we'll get all the details on Huawei's new flagship phones. Around that time, Samsung's S10 series will already be available in India so it's interesting to see how long before Huawei launches them in our country. Would you be waiting for the new P30 series or will simply grab a Galaxy S10? Let us know in the comments.