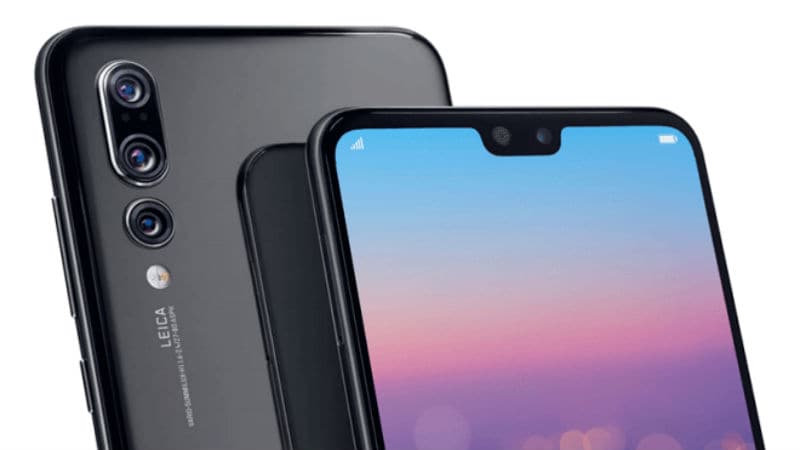 Huawei P20 Pro smartphone is expected to be announced on March 27, where the company's Huawei P20 series will likely be unveiled. While there have been umpteen leaks around the handset, a new set of rumours reveal more details, including the benchmark scores and the highly anticipated three-camera setup. The latest reports have suggested that the upcoming Huawei P20 Pro smartphone will come with a 40-megapixel rear camera as well as an 8-megapixel telephoto sensor and a 20-megapixel monochrome sensor. Additionally, the phone was also spotted on a benchmark site revealing specifications such as Kirin 970 SoC, 6GB RAM, and Android 8.1.

As per a WinFuture report, it is almost confirmed that the Huawei P20 Pro - codenamed Charlotte - will come with three cameras on the back. The 40-megapixel sensor onboard is one of the highest ever in a smartphone in pure megapixel count, topped only by the iconic 41-megapixel Nokia PureView camera present in the Nokia 808 and Lumia 1020. Additionally, the camera reportedly enables 5x hybrid zoom, which means that it combines optical and hybrid zoom to get to that level. The report also claims that the camera is Leica-branded. Also present is a laser autofocus and lenses that have apertures ranging from f/1.6 to f/2.4.

The latest leak also reveals more specifications around the handset, and are inline with most of the already reported details. Citing an XDA Developers report, WinFuture says that the camera in the Huawei P20 Pro will shoot slow-motion videos in 720p at 960 fps. Additionally, a 24-megapixel camera is said to be on the front of the handset.

When it comes to the display, the report claims that the Huawei P20 Pro will sport a 6.1-inch OLED panel with a 1080x2240 resolution with 19:9 aspect ratio and a notch.

The report says that the Huawei P20 Pro will be powered by a Kirin 920 processor, which is confirmed by a benchmark listing on Geekbench as well. As per the listing, the smartphone will come with an octa-core SoC clocked at 1.84GHz, coupled with 6GB of RAM and run Android 8.1 Oreo. It scored an impressive 1921 in single-core performance and 6729 in multi-core.