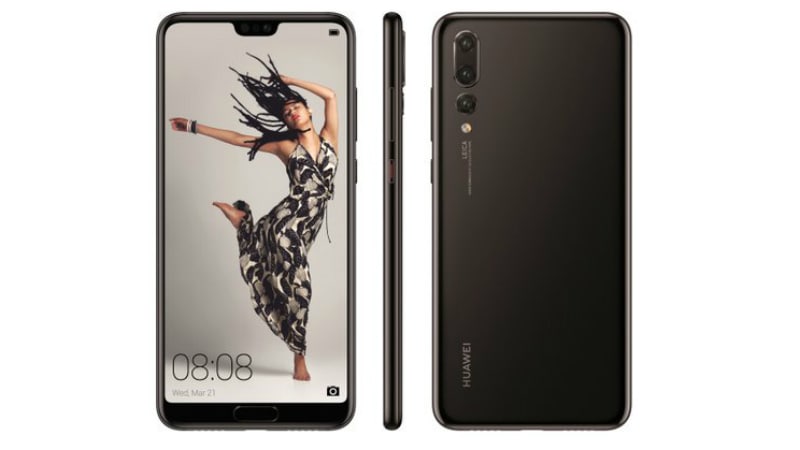 Huawei is set to launch its latest in flagship smartphone technology at the event slated for March 27. From past rumours and reports, we can expect three phones - Huawei P20, P20 Pro, and P20 Lite - to make an appearance at this event. New renders have emerged online that show the three phones from the front as well as the back. Separately, the Huawei P20 Lite has been spotted on Chinese certification site TENAA, with most specifications outed in two listings.

Prolific tipster Evan Blass on Thursday posted, all three variants appear to have an iPhone X-like notch on top and a protruding chin on the bottom.

In a separate set of leaks, the Huawei P20 Lite has been spotted on TENAA in China in two instances. With model numbers ANE-TL00 and ANE-AL00, the listings reveal specifications such as a 5.84-inch full-HD+ (1080x2280 pixels) display, a 16-megapixel + 2-megapixel rear camera combo with Leica lenses, a 24-megapixel front camera, Dimensions of the phone are expected to be 148.6x71.2x7.4mm and weight is said to be 145 grams.

According to TENAA, the P20 Lite is expected to get a 2.4GHz processor, 4GB RAM, 64GB inbuilt storage (expandable up to 256GB), and run Android 8.0 Oreo out-of-the-box. Connectivity options for the phone include 4G VoLTE, Bluetooth, and a 3.5mm headphone jack. Sensors on the listed phone include gravity sensor, fingerprint sensor, light sensor, and distance sensor. Additionally, the handset is said to be available in Blue, Platinum Gold, Midnight Black, and Cherry colour variants.