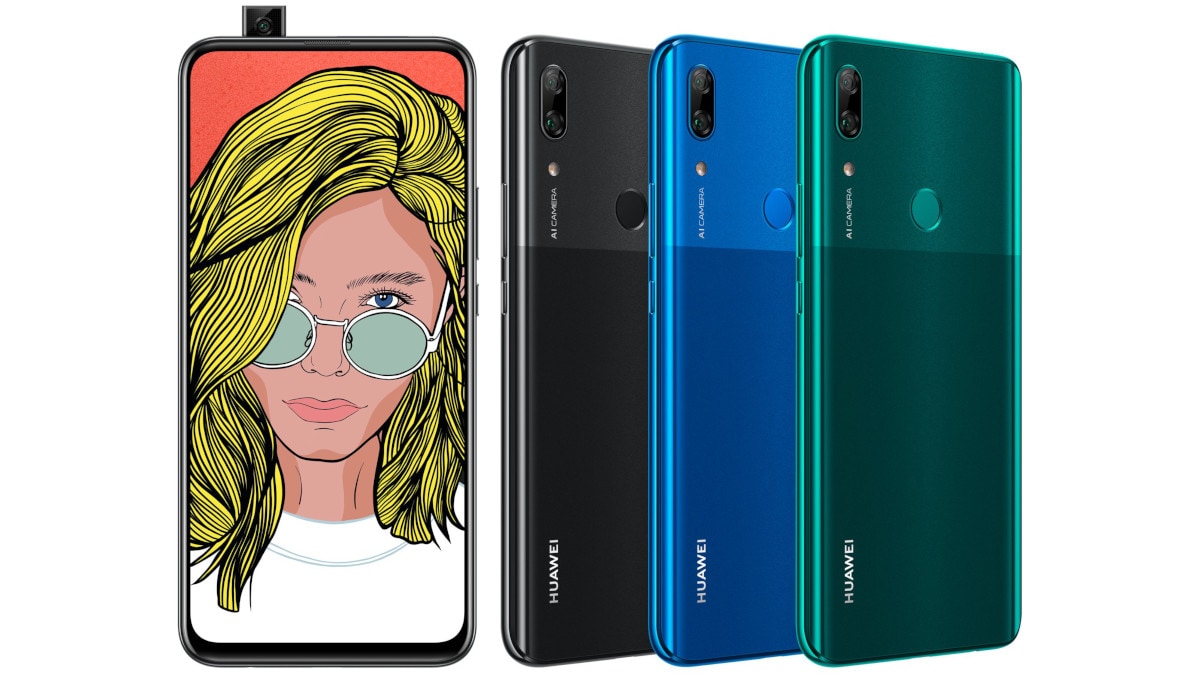 Huawei P Smart Z is reportedly all set to enter the Chinese telecommunication giant's smartphone portfolio. This upcoming smartphone, which will be joining the company's already launched P Smart (2019) and P Smart+ (2019), has surfaced in a couple of leaked press renders online. The leaked renders have revealed that the phone will be featuring a pop-up selfie camera, making it the first smartphone to sport this form factor from Huawei. The full specifications of the smartphone have also appeared online.

Huawei P Smart Z, which may debut as P Smart Pro, is expected to be announced soon. According to a report by Dutch website MobielKopen, the upcoming Huawei smartphone will be priced around EUR 210 (roughly Rs. 16,200) and offered in Midnight Black, Emerald Green, and Sapphire Blue colours. The renders of the Huawei P Smart Z in the rumoured colour options have been shared by both MobielKopen and Evan Blass online. Apart from the colours, the leaked renders show the pop-up selfie camera module, rear dual camera setup with single LED flash, and the fingerprint sensor present on the phone.

In terms of the specifications, the Huawei P Smart Z is said to feature a 6.59-inch full-HD+ (1080x2340 pixels) display with 19.5:9 aspect ratio and a pixel density of 391PPI. The Dutch publication also notes that the Huawei P Smart Z will be powered by octa-core HiSilicon Kirin 710 SoC, coupled with 4GB of RAM and 4,000mAh battery.