Key specifications of the Huawei P Smart Pro include a 6.5-inch display, Android 9.0 Pie, fingerprint sensor to name a few. 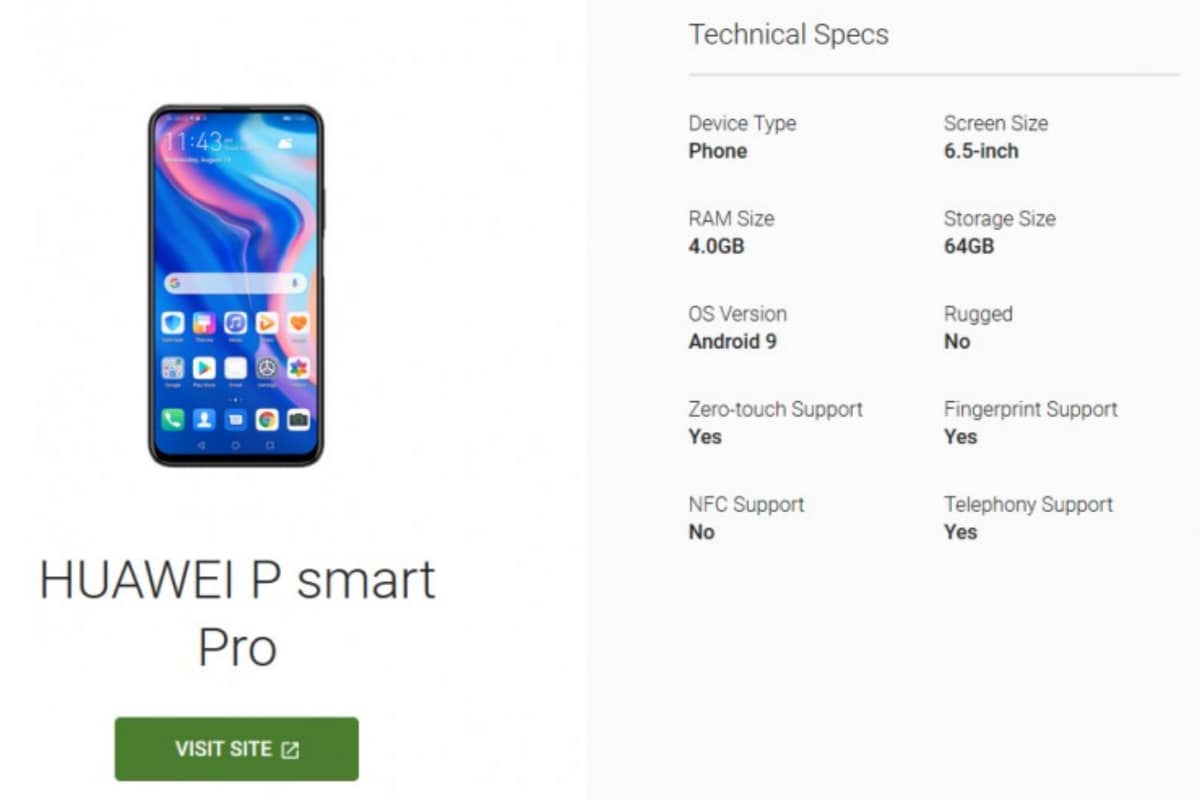 There’s no information on the launch date and availability yet

The listing, which has now been removed, revealed that the Huawei P Smart Pro will sport a 6.5-inch display, with no information on the screen resolution. Apart from this, the smartphone is going to feature 4GB of RAM coupled with at least 64GB of built-in storage. On the software side, Android 9.0 Pie will be running the show and the smartphone will come with fingerprint authentication support. Now, because the phone is only shown in a single image from the front, it can't be confirmed whether the fingerprint scanner resides under the display or is present at the back.

Apart from the listing, the single image of the Huawei P Smart Pro shows there's no notch or punch-hole in the display, which points towards a pop-up camera for selfies, given the smartphone's slim upper bezel. There is no other information regarding the release date and availability of the upcoming smartphone. However, the listing on Android Enterprise Solutions Directory indicates that an official launch may not be far away.