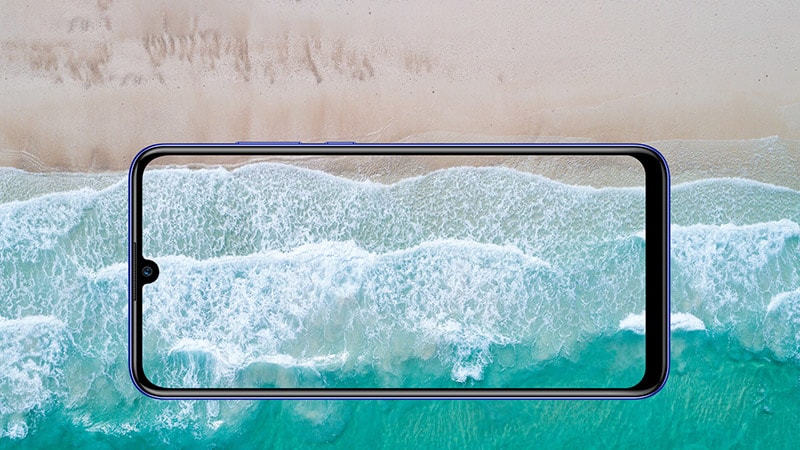 This new Huawei P Smart+ (2019) surfaced on the company's official website and is expected to go on sale over the coming weeks in markets around the world. There is no word on the pricing, however the P Smart (2019) was priced at EUR 249 (roughly Rs. 20,300) at launch, so we can expect the newer model to be priced slightly higher.

As we mentioned earlier, the Huawei P Smart+ (2019) features a triple rear camera setup. This setup houses a 24-megapixel primary sensor, a 2-megapixel depth sensor, and a 16-megapixel sensor with an ultra wide angle lens. At the front, the notch houses an 8-megapixel selfie shooter. The camera has artificial intelligence (AI) built in and Huawei claims that it can identify over 500+ scenes and 22 categories in real-time. In comparison, the P Smart (2019) had a 13-megapixel primary shooter along with a 2-megapixel depth sensor.

The Huawei P Smart+ (2019) has a fingerprint scanner at the back next to the camera module. The phone is powered by Huawei's HiSilicon Kirin 710 SoC, which includes an octa-core processor with four A73 cores and four A53 cores. Huawei has paired this SoC with 3GB of RAM and 64GB storage, which is expandable by up to 512GB via the microSD card slot.

Huawei ships the phone with EMUI 9 on top of Android 9 Pie. The phone measures 155.2x73.4x7.95mm, and weighs about 160 grams. It will be offered in Starlight Blue and Midnight Black colours.