Huawei Nova 6 is seen to sport a dual hole-punch display, whereas the MatePad Pro is leaked with a single hole-punch screen.

Android Headlines published the alleged renders of all the three devices – Huawei P Smart (2020), Huawei Nova 6, and Huawei MatePad Pro. Starting with the Huawei P Smart (2020), the leaked renders suggest a triple rear camera setup aligned vertically, a waterdrop-style notch up front, a slight chin at the bottom of the display, and gradient back panel finishes in Green and White. There's no rear fingerprint sensor in sight, suggesting an in-screen one. The volume rockers and power button are seen residing on the right edge.

As per a TENAA leak earlier, the Huawei P Smart (2020) is tipped to sport a 6.3-inch full-HD+ display, a 2.2GHz octa-core processor, up to 8GB RAM, up to 128GB storage, Android 9 Pie, and a 3,900mAh battery. As for the cameras, the phone will come equipped with a 48-megapixel primary camera, assisted by 8-megapixel secondary and 2-megapixel tertiary snappers, while a 16-megapixel camera will be present on the front. Coming to the Huawei Nova 6, the leaked render reiterates that the phone will sport a dual hole-punch display. There's also a slight chin seen at the bottom of the display, and the back of the phone hasn't been leaked in these fresh renders. However, a previous leak suggests a triple rear camera setup, a gradient rear finish, and no rear fingerprint sensor. The phone was also spotted in 3C database, where a 40W fast charger was listed to ship alongside. Huawei Nova 6 is reported to come with 5G support, and launch sometime in December. 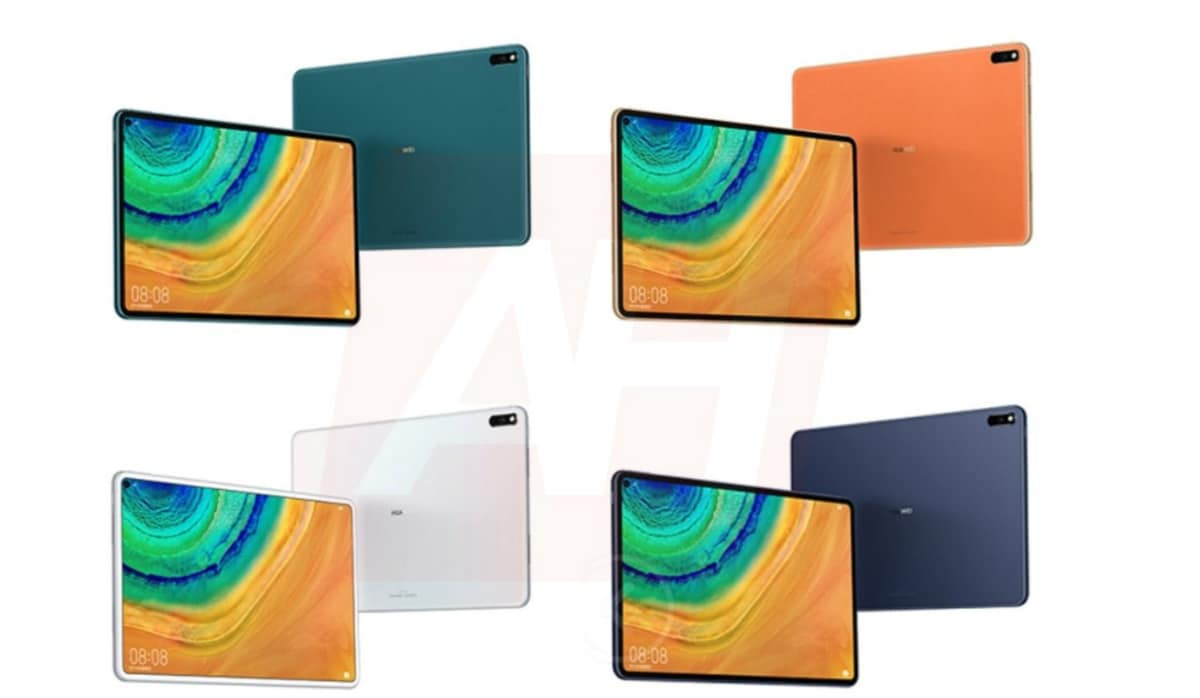 Huawei is reportedly gearing up to launch another tablet into the market, and it will be called the MatePad Pro. Renders of this tablet has also been leaked by Android Headlines. The renders show a hole-punch display, with the cut-out placed on the top-right of the screen. At the back, the Huawei MatePad Pro is seen to sport a dual camera setup as well. It is seen to come in four colours – Orange, Blue. Purple, and White. Specifications of the tablet are unknown at the moment.

Further reading: Huawei P Smart 2020, Huawei Nova 6, Huawei MatePad Pro, Huawei
Tasneem Akolawala Email Tasneem Tasneem Akolawala is a Senior Reporter for Gadgets 360. Her reporting expertise encompasses smartphones, wearables, apps, social media, and the overall tech industry. She reports out of Mumbai, and also writes about the ups and downs in the Indian telecom sector. Tasneem can be reached on Twitter at @MuteRiot, and leads, tips, and releases can be sent to tasneema@ndtv.com. More
Xiaomi Watch Teased to Sport Sapphire Glass, Rounded Edges Ahead of Tuesday Launch; Live Image Surfaces Online As Well
Huawei Pushes 5G in South-East Asia, Brushing Off 'Tech War' With the US