Huawei Nova 3i, is expected to launch soon as another variant of the Nova 3. Earlier this week, the Chinese manufacturer launched the Nova 3 in China as the latest model in the Nova-series. But now, the company is said to be also planning to release a Nova 3i model with slightly different specifications. Interestingly, a new leak suggests that the processor in the Nova 3i will be an all-new Kirin 710 SoC, instead of the Kirin 970 SoC present in the Nova 3. Also, another report has separately claimed that the Nova 3i will launch in the Philippines later this month.

Images leaked by a tipster on Chinese microblogging site Weibo, showcase a comparison of the specifications of the Nova 3 and Nova 3i. Both the smartphones appear to have a similar design - display notch, dual camera setup on both sides, and the fingerprint scanner positioned at the back. As mentioned, the difference lies in the processor, as the Nova 3i will be powered by the Kirin 710 SoC, possibly a mid-tier processor in the HiSilicon portfolio. 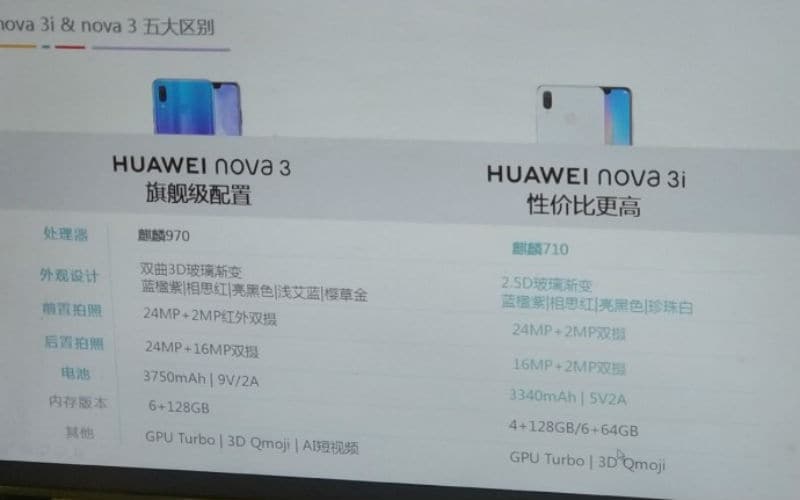 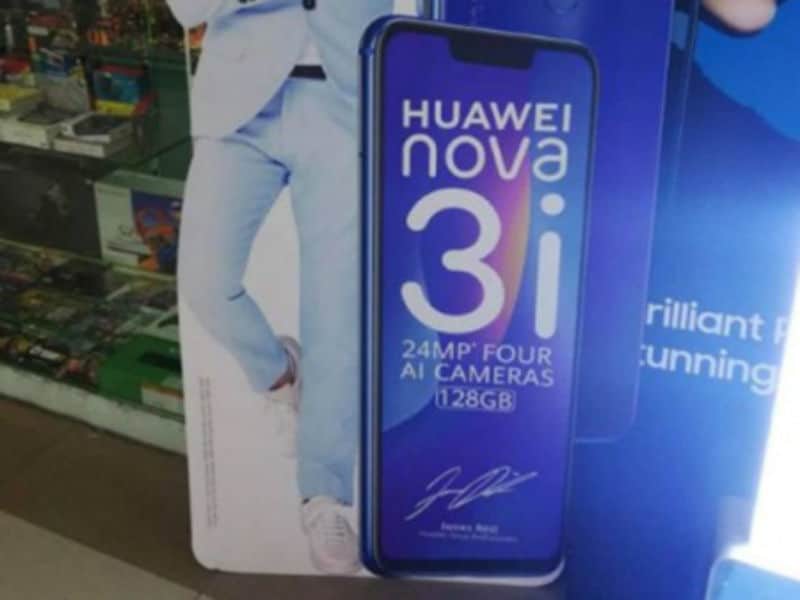 Meanwhile, as per a report in Yugatech, a post in an unofficial Facebook community group for Huawei and Honor PH shows an image that suggests the Huawei Nova 3i will launch in the Philippines on July 28. An advertisement for the new smartphone was spotted in Glorietta Mall in the capital of Manila, as 'Coming Soon' with the date of July 28 stamped on the teaser.