Huawei has kicked off its MWC 2015 campaign with the launch of the MediaPad X2 tablet alongside the entry-level Y360 and Y635 smartphones.

The successor to the Huawei MediaPad X1 features a 7-inch full-HD with a pixel density of 323ppi. It comes with dual-SIM support with voice calling support and is a 4G LTE-enabled tablet. The MediaPad X2 supports download speeds up to 300Mbps with LTE Cat. 6 compatibility.

The company touts that the MediaPad X2 is the "world's slimmest 7-inch phablet" (though devices with 7-inch screen are treated by as tablets) and sports a thickness of 7.28mm. 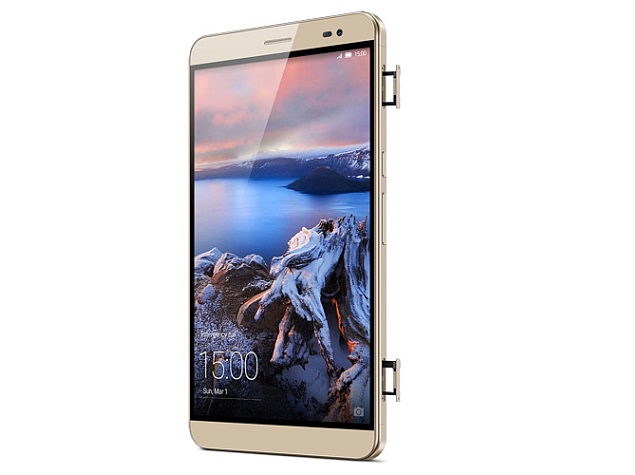 For specifications, the tablet is backed by a 64-bit 2GHz Kirin930 octa-core processor (quad-core 2GHz + quad-core 1.5GHz) coupled with Mali-T628. The tablet comes in two variants: one featuring 2GB of RAM for 16GB built-in storage variant, and another 3GB of RAM for 32GB storage. The tablet supports expandable storage via microSD card (up to 128GB). The Android 5.0 Lollipop-based Huawei MediaPad X2 runs the company's proprietary Emotion UI 3.0. It sports a 13-megapixel rear camera with BSI sensor while also features a 5-megapixel front-facing camera. The tablet is backed by a large 5000mAh battery; 183.5x103.9x7.18mm and weighs 239 grams.

The handsets runs Android 4.4.4 KitKat and is upgradeable to Android 5.0 Lollipop. As of now, there is no word on Emotion UI on both Huawei Y360 and Y635.

Commenting on the launch of MediaPad X2, Richard Yu, CEO, Huawei Consumer Business Group, "As the second generation of MediaPad, Huawei MediaPad X2 focuses on the five classic applications that are most important to users, which include - call quality, social media apps, online shopping, video and camera features to provide an enhanced user experience. We believe that MediaPad X2 will continue to inspire consumers with its outstanding design and superior functionality."