China's Huawei Technologies unveiled a new smartphone on Wednesday, taking aim at the high end of the market, which is dominated by Apple and Samsung Electronics.

The Huawei Mate S, launched on the sidelines of Europe's biggest consumer electronics show, IFA, in Berlin, has a 5.5-inch 1080x1920 pixel display, a 13 megapixel rear camera with RGBW sensor, and a fingerprint scanner. Huawei says it is one of the first smartphones to include a Force Touch display, which can distinguish between a light tap and deep press, enabling access to more functions just by pressing harder.

Apple is also expected to introduce its new iPhone models featuring Force Touch technology next week. The Huawei Mate S is powered by an octa-core Kirin 935 SoC, coupled with 3GB of RAM and 32GB of inbuilt storage. It runs Android 5.1.1 Lollipop with Emotion UI 3.1 skin on top. It is powered by a 2700mAh battery, and features an improved fingerprint sensor on the rear panel. 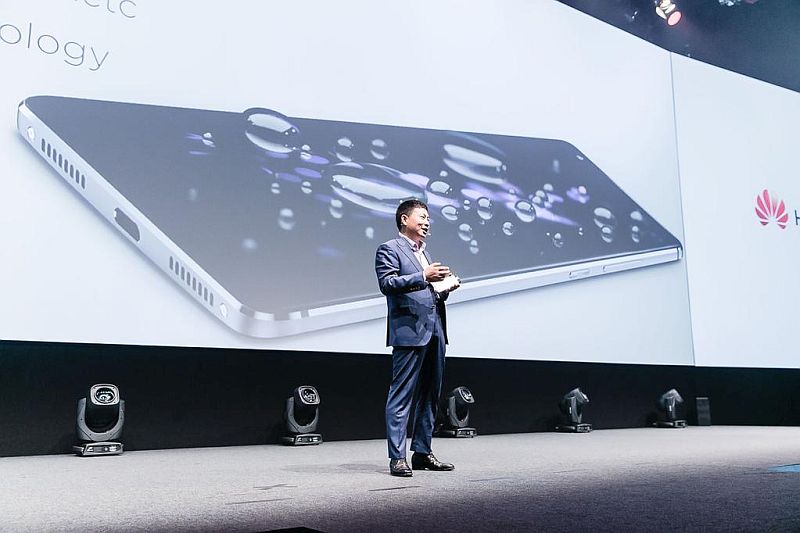 But it is still far behind Samsung, which had 21.9 percent of the market in the second quarter, and Apple, on 14.6 percent. Huawei's share rose to 7.8 percent from 5.4 percent in the first quarter.

The top of the smartphone market is a tough environment, as Samsung has experienced. While it remains the world's biggest smartphonemaker, Apple is reaping most of the rewards. The U.S. company is estimated by some analysts to earn 90 percent or more of the industry's profits.

Margins at Samsung's mobile division fell to 10.6 percent in the second quarter, from 15.5 percent a year earlier, despite the April launch of its critically acclaimed Galaxy S6 range.

Huawei has its roots in telecoms equipment gear where it competes with the likes of Ericsson and Nokia, but it has invested heavily in consumer devices in recent years.

Its Mate S will be available in more than 30 countries including China, Israel, Japan, France, Germany and Spain and can be pre-ordered in Western Europe from September 15.