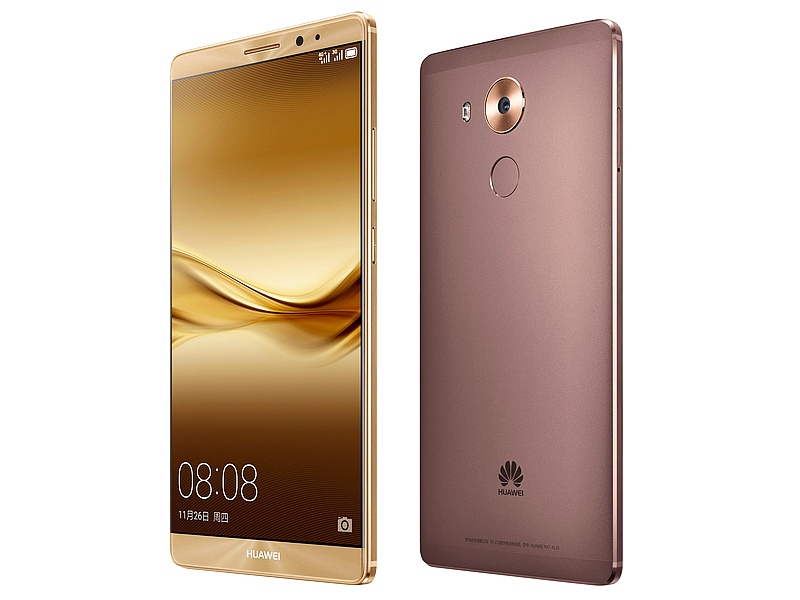 As teased earlier this month, Huawei announced the Mate 8 phablet on Thursday at the Shanghai Expo Centre in China. The handset is the successor to the Huawei Mate 7, which launched last year. The device for now is limited to China and is yet to get a price tag. The phablet will be fully unveiled during the CES 2016 in January. It comes in two variants - 3GB RAM with 32GB storage and 4GB RAM with 64GB storage.

The phablet includes a 16-megapixel rear camera powered by Sony IMX298 sensor with OIS, f/2.0 aperture, phase-detection auto-focus (PDAF) and 1.12um pixel size, alongside an 8-megapixel front-facing camera with Sony IMX179 sensor and f/2.4 aperture. It is backed by a 4000mAh battery and offers Wi-Fi 802.11 a/b/g/n, Micro-USB 2.0, GPS, DLNA, Bluetooth, 4G and NFC under its connectivity options. A circular fingerprint sensor is placed below the rear camera of the Mate 8. The device will be available in Champagne Gold, Moonlight Silver, Space Gray, and Mocha Brown colour variants.