Huawei Mate 30 Pro duo might take curved display aesthetics to the next level.

The Huawei Mate 30 is tipped to solely support wireless charging

Huawei's Mate 30 series is expected to arrive in 2019's fourth quarter and the testing is already underway internally. While concept renders have given us an idea of what the phones might look like, there might be some radical changes. New leaks suggest that the Huawei Mate 30 might feature an all-glass unibody design without any buttons or holes. Additionally, alleged images of the Huawei Mate 30 Pro's display panel indicate that the phone will have an unusually curved display that will wrap around the edges. It is also being tipped that the phone won't have a hole-punch camera. Instead, it will feature a good ‘ol notch.

As per a new leak, the Huawei Mate 30 will have an all-glass unibody design that won't leave any space for the metallic frame running around the edges. The details, which reportedly originated from supply chain feedback, suggest that the Huawei Mate 30 won't feature any physical buttons or ports. The phone will rely on artificial tactile feedback delivered by a linear motor to provide the feel of pressing a button.

As far as the idea of the hole-less phone goes, Huawei seeks to implement it on the Mate 30 by ditching the 3.5mm headphone jack and USB port for charging, and will instead rely on wireless charging. To eliminate the need for a SIM slot, the phone will reportedly go with the eSIM solution. As for the display, well, it will reportedly wrap around the corners and will extend all the way to the edges of the rear panel. Huawei reportedly thinks the unibody hole-less form factor is the future of smartphone design. 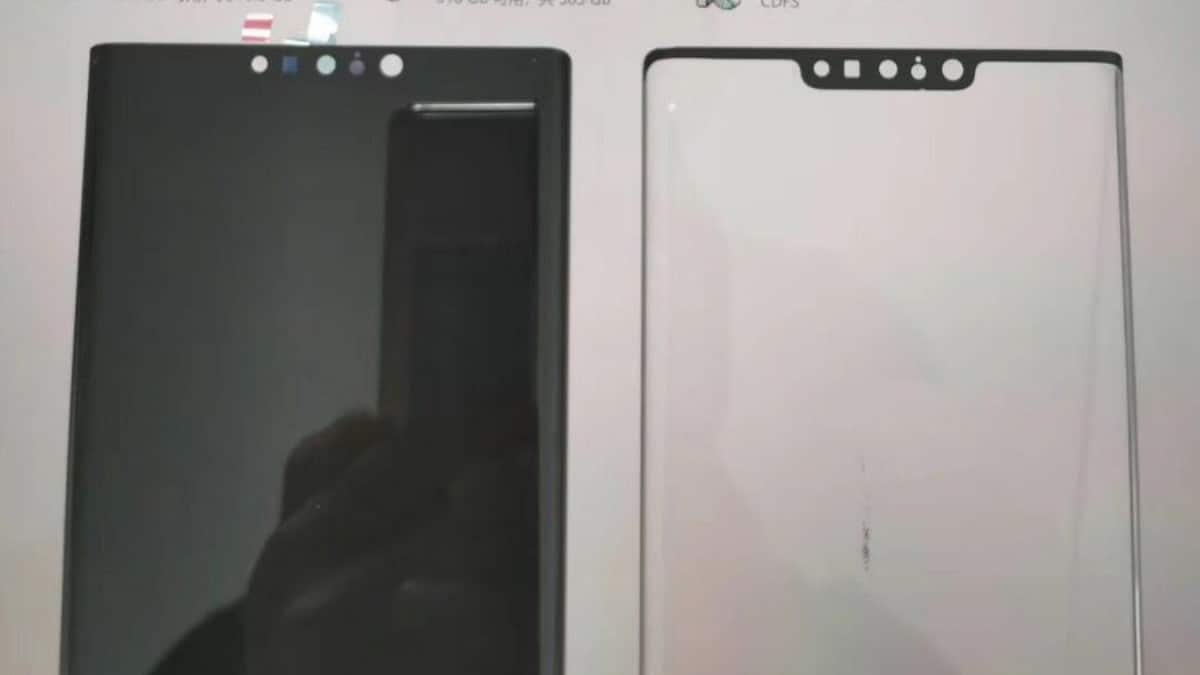 The curved screen cover appears as if it will protect a panel that is bent almost 90-degrees to cover the entire side edge. If that design materialises, the Huawei Mate 30 Pro might also rely on capacitive inputs and will ditch the physical volume and power buttons. The tipster has also shared an image of what is claimed to be protective films for the Huawei Mate 30 and the Mate 30 Pro.

Additionally, he also tipped that the Mate 30 Pro won't feature a hole-punch camera, contrary to what concept renders have shown, and will have a notch instead. Another leak, which comes courtesy of SlashLeaks, claims to show the Huawei Mate 30 Pro's front panel with a wide notch, just like the one on the Huawei Mate 20 Pro. There are a total of six cutouts for sensors, which indicates that the Huawei Mate 30 Pro might retain the 3D face unlock technology from its predecessor.