Huawei Mate 20 X 5G will be offered by China Unicom

Huawei Mate 20 X 5G official render and retail packaging have been revealed by Chinese telecom operator China Unicom. The render and the photo of the retail packaging was shared on social media by the telecom operator which is getting ready to launch 5G services in Huawei's home market. The telecom operator to expected to share more details about the Mate 20X 5G on April 23 when it is hosting a 5G innovation summit to talk about the rollout of the next-generation telecom network. Separately, a rumour indicates that the Mate 20 X 5G will come with a smaller battery than the one in Huawei Mate 20. 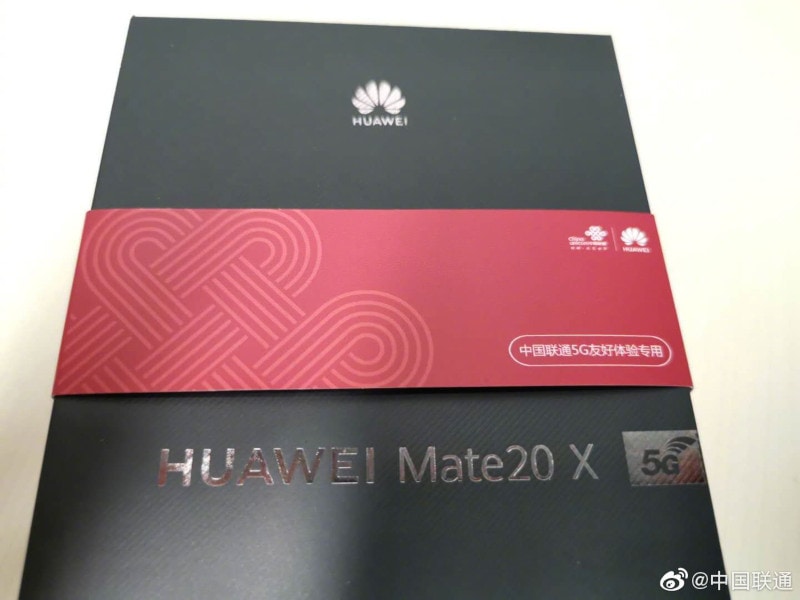 The Mate 20 X 5G smartphone's specifications are also likely to be similar to the Mate 20 X phone, except for the 5G modem and battery. According to a Twitter user with handle Rodent950, who is a Slashleaks contributor, the Mate 20X 5G will pack a 4,200mAh battery, down from 5,000mAh in Mate 20 X.