Honor Appears Set to Launch 4 New Devices on May 23; Honor 6A Expected 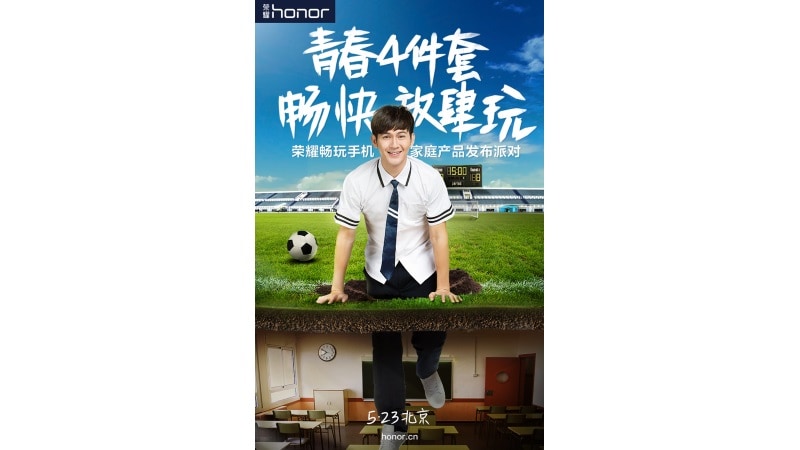 Huawei's Honor brand seems ready to launch some new devices as the company has reportedly started sending out press invites for the May 23 event on Tuesday. As you might expect, the name of the devices that will be launched at the event has not been revealed on the invite. While there is no clarity about the launch event as yet, Honor might reportedly be looking to launch its 6A smartphone at the event.

The invite for the May 23 launch event suggests that the company is scheduled to launch 4 new devices, indicating that it might be unveiling a tablet, as per a report by PlayfulDroid. While the invite doesn't share many details by itself, the image with a child with half body in classroom and half in playground suggests that the company might be looking to launch a device that can be used for gaming as well as education.

Interestingly, the brand has also been suggested to launch its Honor 6A smartphone, which was earlier spotted on TENAA website, at the event. As per the TENAA listing of the smartphone, it will sport a 5-inch HD display and will be powered by a 1.4GHz octa-core processor coupled with 3GB of RAM.

In terms of optics, Honor 6A will come with a 13-megapixel primary camera. At front, the smartphone is expected to sport a 5-megapixel sensor for selfies or video calls. The phone has been tipped to feature 32GB of inbuilt storage and house a 2,920mAh battery as well.

Notably, the company earlier sent out press invites for a launch event on May 27 in Berlin, where Honor 9 smartphone is expected to be launched.