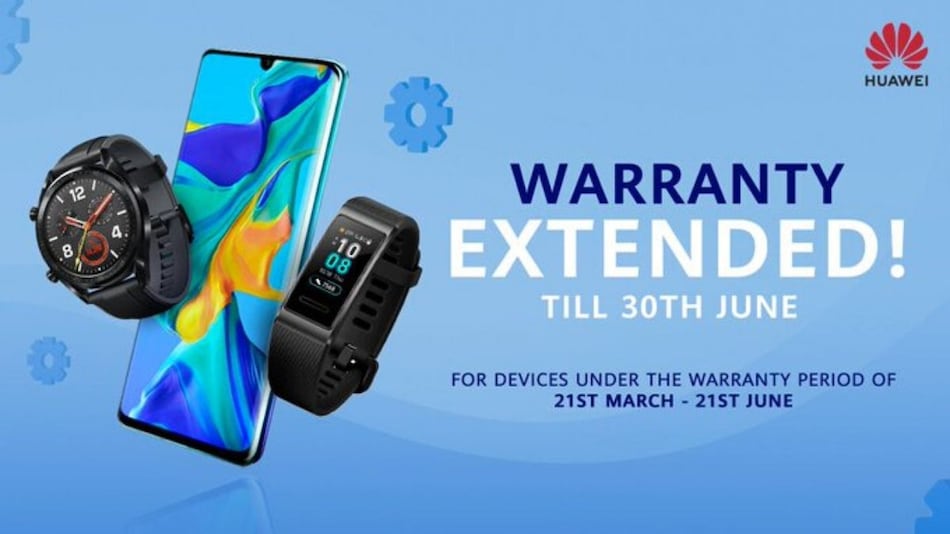 Huawei announced the decision to extend the warranty period on Twitter

Huawei has announced that users with Huawei devices in India whose warranty expires between March 21 to June 21 will now get an extended warranty period till June 30. This includes devices such as smartphones, smartwatches, headsets, chargers, and more. A similar announcement was also made by Huawei's sub-brand, Honor on Thursday for all the Honor phones, wearables, headsets and accessories. Honor has also extended warranty period till the end of June for devices whose warranties expire between March 21 to June 21.

The announcement by the companies came at a time when India is grappling with the Novel Coronavirus pandemic. The Indian government recently announced a nationwide lockdown till April 14, where miscellaneous services were declared shut. Due to this, several launches and delivery of smartphones in the country were either postponed or cancelled.

Huawei reportedly also stated that due to lockdown over the pandemic, Huawei service centres across the country were temporarily closed until further notice, as can be expected. While announcing the extension of warranty on its products, the company in a tweet said, "We're here to support you! As a gesture of good faith, we have extended the warranty on all smartphones, smartwatches, headsets, chargers, etc."

Honor in a similar note, which also notes the closure of service centres due to the lockdown until further notice, said that the decision was taken to ensure seamless service to its users. "This step has been taken as a gesture of good faith and accountability to ensure seamless service to its users, and to support the consumers while meeting their requirements during this time of uncertainty caused by the global coronavirus outbreak," the company added.

To check the warranty status of their products, Indian users can visit the company's website to see the relevant information. The information can be acquired after entering the serial number of the product and the verification code.

Meanwhile, Huawei on Thursday is unveiling its much anticipated Huawei P40-series in an online event. Honor has confirmed the launch of its upcoming, Honor 30S on March 30.