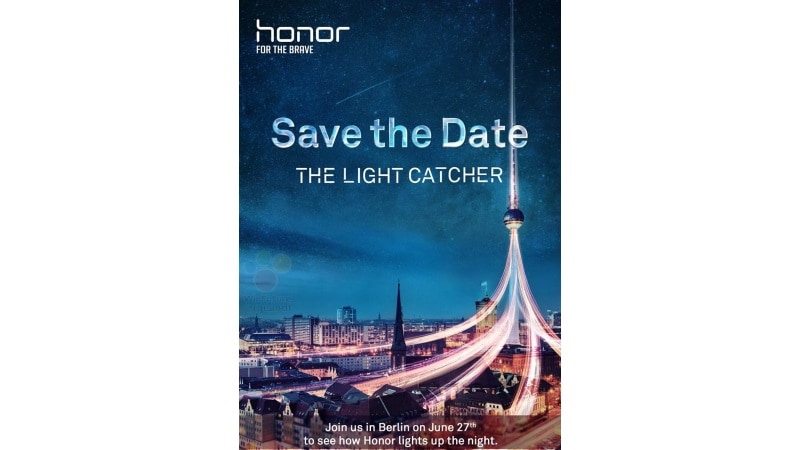 It seems like Huawei Terminal brand Honor is gearing up for the launch of a new flagship smartphone on May 27 as a leaked image of what seems like an official press invite from the company has now made its way to the Internet. While the leaked press invite doesn't mention any product name, it has been tipped that the company might be ready to unveil its Honor 9 smartphone at the event.

The leaked image, shared by well-known tipster Roland Quandt, suggests that Huawei will be having its launch event in Berlin on May 27 and teases the company's upcoming product by describing it as "The Light Catcher". While it is not much to go by, this phrase might be a reference to the dual camera setup that is expected to be on the Honor 9 smartphone, as pointed out in a report by The Android Soul.

The Huawei Honor 9 is expected to feature a 20-megapixel + 12-megapixel sensor at the back of the smartphone, as per the report. The phone has further been tipped to be powered by a Kirin 960 SoC coupled with either 4GB or 6GB of RAM. In terms of display, the Huawei Honor 9 has been speculated to sport a 5.2-inch full-HD display just like its predecessor. Further, the upcoming Huawei phone has been suggested to run EMUI skin on top of Android 7.1.1 Nougat out-of-the-box.

As these are just leaks, we will have to wait for the official announcement by the company for the confirmation of Huawei Honor 9 specifications.