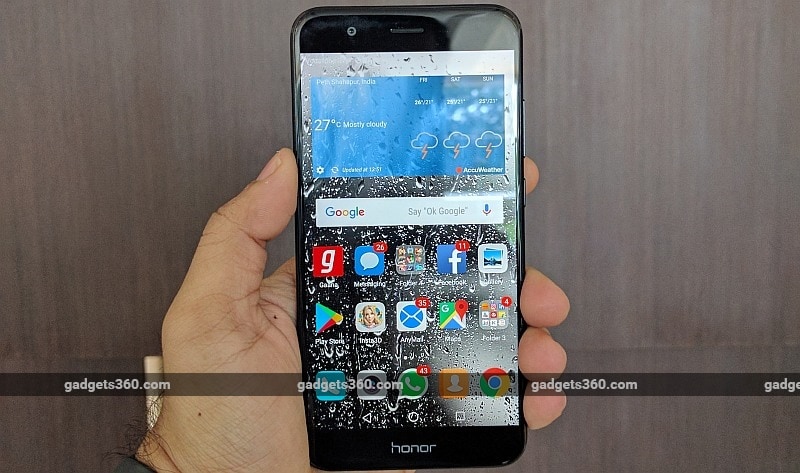 Huawei Terminal brand Honor launched its new smartphone on Friday - Honor 8 Pro in India. Notably, this is the same smartphone that was launched in China in February under the moniker Honor V9 before making its way to Europe and the UK in April as the Honor 8 Pro .

Some of the highlight features on the Honor 8 Pro include a dual camera setup, massive 4000mAh battery and an impressive 6GB of RAM. The smartphone will be available in Navy Blue and Midnight Black colour choices in India when it will be made available from the first half of July. The Honor 8 Pro price in India has not yet been revealed.

Talking about the dual camera setup on the Honor 8 Pro, it sports two 12-megapixel sensors with f/2.2 aperture, laser autofocus, LED flash, and 4K video recording. One sensor takes the images in RGB while the other takes them in monochrome. At front, there is an 8-megapixel sensor for taking selfies as well.

The connectivity options on the Honor 8 Pro include 4G LTE connectivity, Wi-Fi, USB Type-C, Bluetooth 4.2, and NFC. The smartphone houses a 4000mAh battery and comes with a fingerprint sensor at the back.

While the pricing of the smartphone has not been announced by the company just yet, Allen Wang, Director, Product Centre, Huawei India Consumer Business Group, told IANS: "Honor 8 Pro is one of the best Honor phone so far and will be priced in the affordable price segment."

Additionally, the Honor 8 Pro's retail box could be turned into a Google Cardboard viewer for VR experience as well. The smartphone comes with the Galaxy on Fire 3 and Jaunt VR apps pre-installed. Further, the company says that it has partnered with Gameloft and GoPro for in-built apps (including the GoPro Quik app) and is currently in talks with major e-tailers for exclusive online release.