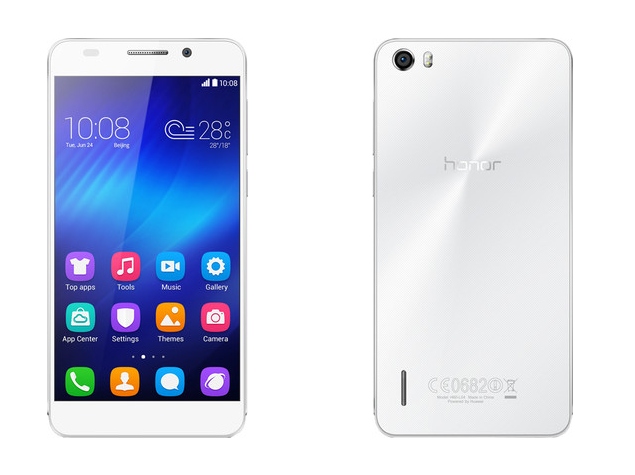 Huawei's Honor brand has dropped the price of the Honor 6 smartphone in India. Available via exclusive online retail partner Flipkart, the Honor 6 (Review | Images) is now priced at Rs. 16,999, down from its launch price of Rs. 19,999 - a price cut of Rs. 3,000.

Launched in India back in September, the Honor 6 was globally unveiled in June last year. The smartphone was launched via Flipkart, and the company is still using its online-only sales model to sell the Honor 6 in India.

The single-SIM Honor 6 runs Android 4.4.2 KitKat OS with the company's Emotion UI 2.3. It is available in Black and White colour variants. It features a 5-inch JDI full-HD (1080x1920 pixels) in-cell display, translating to a pixel density of 445ppi. 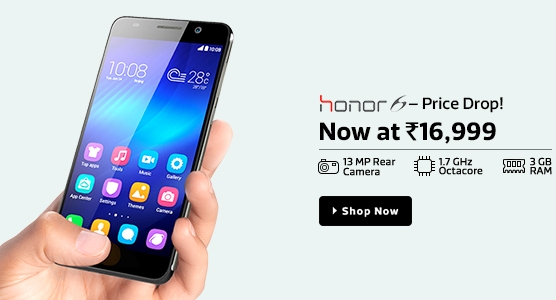 An octa-core Hi Silicon Kirin 920 processor powers the smartphone with Mali T628 GPU, coupled with 3GB of RAM. It sports a 13-megapixel rear camera with dual LED flash, BSI sensor, and f2.0 aperture while there is a 5-megapixel front-facing camera.

The smartphone comes with 16GB of inbuilt storage, and can be expanded via microSD card. It supports Bluetooth, Wi-Fi, GPS/ A-GPS, GPRS/ EDGE and 3G connectivity options. The Honor 6 is backed by a 3100mAh battery.

Huawei's Honor brand late last month launched the Honor 7 smartphone, which can be considered the flagship for the brand. It features a 5.2-inch full-HD (1080x1920 pixel) display with a pixel density of 423ppi, and is priced by the company's own 64-bit octa-core Kirin 935 processor (four Cortex-A53 cores at 2.2GHz + four Cortex-A53 at 1.5GHz) clubbed with 3GB of RAM and ARM's Mali-T628 GPU.

Alongside, the company also unveiled the Honor Band Zero smartwatch and Honor Whistle Bluetooth headset, but did not detail much about the specifications, availability, or pricing.
Advertisement