Huawei has officially unveiled the mini version of the much-anticipated Huawei Ascend P7 smartphone in Germany. The Huawei Ascend P7 mini has been revealed days before the scheduled launch of its bigger version on May 6, and both the smartphones are now expected to be showcased on the same day.

Although the smartphone has been revealed, its price and availability remains undercover. The Huawei Ascend P7 mini runs on Android 4.3 Jelly Bean OS, which comes layered with the firm's proprietary Emotion UI 2.0 Lite skin, already seen in Ascend P6.

The Ascend P7 mini features a 4.5-inch TFT screen with qHD (540x960 pixels) resolution, which translates to a pixel density of roughly 244ppi. A Qualcomm-powered 1.2GHz quad-core processor and Adreno 305 comes paired with 1GB of RAM in the smartphone. 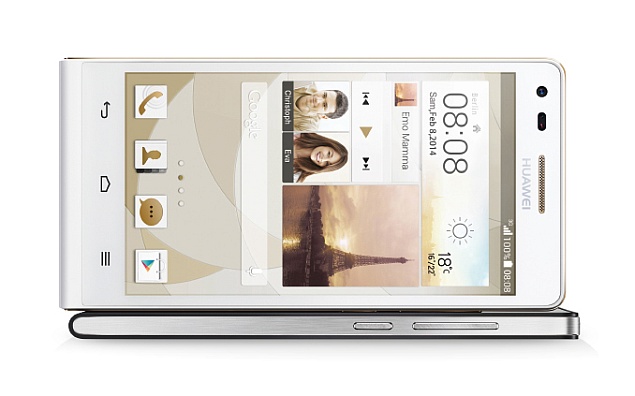 The Huawei Ascend P7 mini sports an 8-megapixel autofocus rear camera with LED flash, along with a front-facing 5-megapixel camera for video chats. The handset houses 8GB of inbuilt storage, which can be bumped up to 32GB via microSD card, as per the listing on the firm's website.

The connectivity options of the Ascend P7 mini include NFC, DLNA, Bluetooth 4.0, Wi-Fi 802.11 b/g/n and 4G LTE connectivity. The smartphone is backed by a 2000mAh Li-Po battery that is rated to deliver up to 370 hours of standby time and 12 hours of talk time.