Until now, the GeekBench listing showed the Huawei Nexus running the latest Android 6.0 Marshmallow. It also suggested the inclusion of an octa-core Qualcomm Snapdragon 810 processor with a clock speed of 1.55GHz, clubbed with 3GB of RAM.

GFXBench however adds that the smartphone would feature a 5.7-inch QHD (1440x2560 pixels) resolution display with 'at least' 5-finger touch support. The pixel density of the display calculates to 515ppi approximately. The listing also shows Snapdragon 810 processor (four Cortex A57 cores + four Cortex A53 cores) clocked at 1.9GHz. Qualcomm's Adreno 430 GPU and OpenGL ES 3.1 3D API would also come housed inside the device. 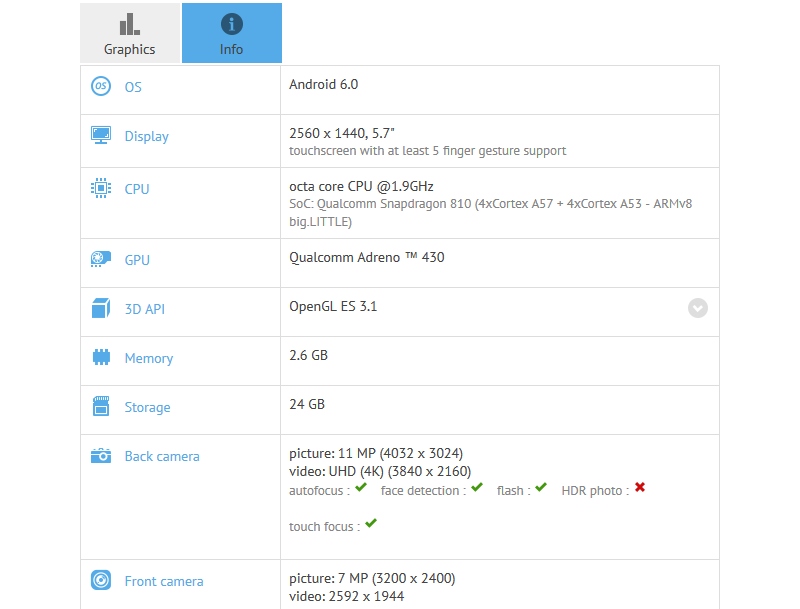 The Huawei Nexus is also listed to sport 32GB of inbuilt storage of which 24GB would be user accessible. The rear autofocus camera is seen to feature a 11-megapixel sensor and the ability to record 4K resolution videos. Surprisingly, the HDR photo feature would not be supported by the handset, as per the listing. The front-facing camera with 7-megapixel sensor is also suggested. Some of the connectivity features and sensors for the smartphone mentioned include accelerometer, barometer, Bluetooth, compass, GPS, gyroscope, ambient light sensor, NFC, pedometer, proximity sensor, and Wi-Fi.

An earlier report had claimed that the Huawei-made Nexus might feature a USB Type-C port. The inclusion of USB Type-C support does not come as a surprise, with the new Nexus smartphones meant to be the platform lead devices for Android 6.0 Marshmallow, and Google officially announced support for the USB specification at I/O 2015.

Both Huawei and LG-made Nexus smartphone are said to launch on September 29 and are likely to go up for pre-orders in October.

Is the iPad Pro the Best Portable Laptop Yet?
Two Men Reportedly Try to Sell Kidney for iPhone 6s