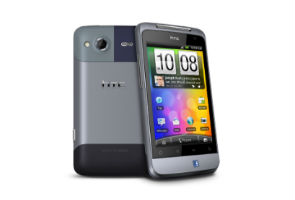 Facebook is reportedly working with HTC to launch its own smartphone that may debut in the middle of next year. According to a report in Bloomberg, the companies wanted to release the phone this year, but it was pushed to next year.

The publication further states that Facebook is working on a modified operating system, which will be used in the smartphone, but the exact nature of this OS is unknown.

The operating system could be a modified version of Android, similar to what is used by Amazon in its Kindle Fire tablet. The custom version will give Facebook freedom to directly integrate its services in device without any problems.

The social-networking giant has also put together a team of former Apple engineers to improve its official iPhone application.

With the increasing number of consumers logging on Facebook from their mobile devices, it has become important for the company to focus on the segment.

"Our mobile strategy is simple: We think every mobile device is better if it is deeply social. We're working across the entire mobile industry; with operators, hardware manufacturers, OS providers, and application developers to bring powerful social experiences to more people around the world," Menlo Park, California-based Facebook told Bloomberg in a statement.

This isn't the first time that HTC and Facebook have collaborated, Taiwanese manufacturer had also launched ChaCha and Salsa phone with dedicated Facebook button and deep integration of the social network.