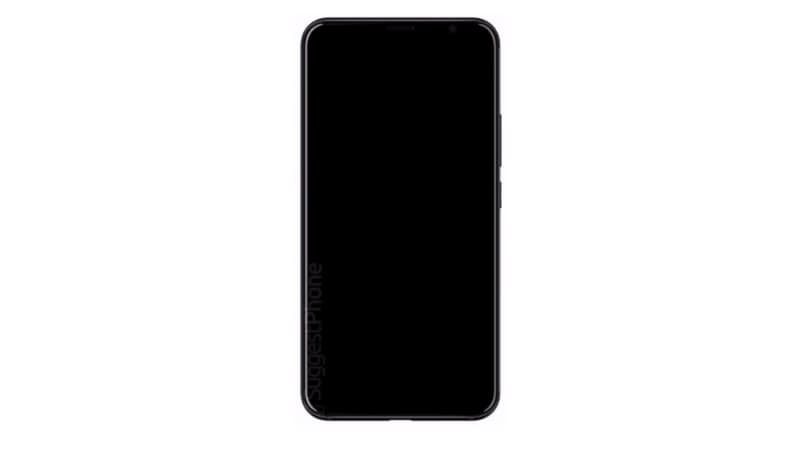 HTC has been stuck with slumping sales for past couple of years but that hasn't stopped it for readying up ambitious flagship smartphones. A new render suggests that the upcoming HTC U12 will sport a fullscreen display and like other recent HTC smartphones, ditch the 3.5mm headphone jack.

According to a render by SuggestPhone, HTC's upcoming flagship smartphone HTC U12 will feature a fullscreen display, with a possible aspect ratio of 18:9. Earlier rumours have suggested that the handset will be powered by the recently launched Qualcomm Snapdragon 845 processor under the hood and sport a 4k display. The render image reveals that there is a single front facing camera sensor. Additionally, there is no visible fingerprint sensor on the front, hinting that it might be placed on the back panel. SuggestPhone claims that HTC could also ditch the fingerprint sensor in favour of an iris scanner.

In the render, the volume rockers and lock button can be seen on the left of the device, while the charging port is on the bottom. The 3.5mm headphone jack might be absent much like other recent HTC phones.

Other recent rumours claim that the smartphone could feature a dual camera setup on the rear, much like other flagship offerings in the market.

HTC has been reported to launch a limited number of phones in 2018 and focus on its R&D and marketing efforts to improve the company's financial shape. A cheaper, toned down version of the HTC U11+ is apparently also in the works for 2018.

The HTC U11 Life started receiving the Android 8.0 Oreo update last month. It has been issued via an OTA (over-the-air) update and brings core Oreo features like notification dots, Picture-in-Picture (PiP) mode, smart text selections, redesigned settings, and faster boot times to the U11 Life.