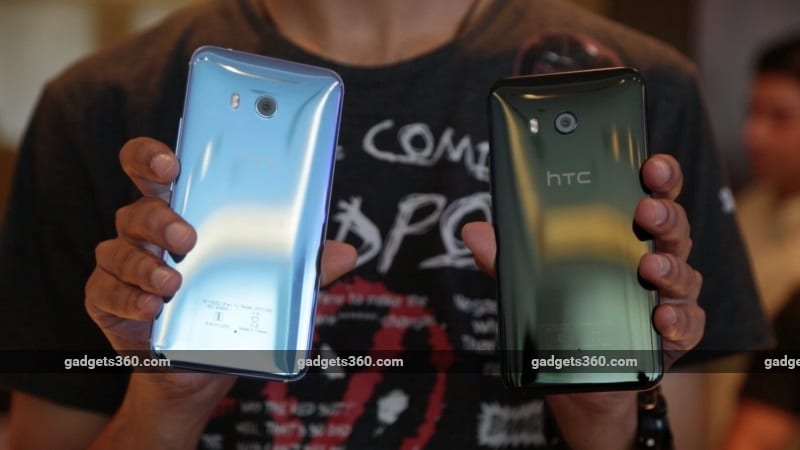 HTC recently clarified that the company is working on its next flagship smartphone despite its deal with Google, and it seems like we might have our first news about the handset already. HTC U11, which has been received well by critics and customers alike since its launch, has been tipped to get a Plus variant this November and as per the leaked information, the new handset will feature a near bezel-less display with taller-than-usual aspect ratio, much like some of the recent flagships from 2017.

As per the information leaked by Frandroid, HTC is planning to launch the U11 Plus smartphone (codenamed Ocean Master) on November 11 in China. HTC U11 Life, an Android One smartphone, has also been said to be launched during the same event. Coming back to the HTC U11 Plus, the handset is expected to pack a 5.99-inch Quad HD+ (1440x2880 pixels) display made by JDI. The smartphone has been tipped to be powered by Snapdragon 835 SoC coupled with either 4GB or 6GB of RAM.

In terms of optics, the HTC U11 Plus is expected to sport a 12-megapixel primary rear camera and an 8-megapixel front shooter to take selfies. The handset has been reported to come with 64 or 128GB of UFS 2.1 storage and feature IP68 water resistance rating as well. It is also said to support Quick Charge 3.0. Interestingly, the report says that the company's Edge Sense feature will return with the Plus variant as well.

Finally, the company has also been said to be reviewing the pricing of its smartphones and might price the U11 Plus smartphone competitively, as per the report. Considering that the U11 was itself a very impressive phone, but with thick bezels, it seems to be very exciting news that the company will be updating the design with the Plus variant of the handset. However, as this is leaked information, it would be wise to wait for official word from the company on the matter.