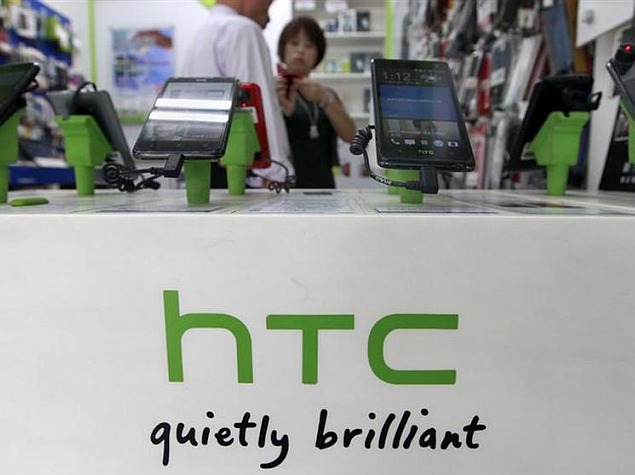 Taiwan smartphone maker HTC Corp said it plans to slash costs by nearly a quarter and sell cheaper devices in a bid to bounce back to profit in October-December.

Under pressure in a market dominated by Apple Inc and Samsung Electronics, the company warned revenue for the fourth quarter will fall up to 15 percent from the previous quarter, slipping below analysts' estimates.

The company said during an investor briefing on its outlook on Tuesday it expects fourth-quarter earnings per share of just T$0.10 to T$1.70, having sunk to its first-ever quarterly net loss of T$3.58 per share in the previous three months.

Struggling to bolster what research firm Gartner estimates is a 2.6 percent share of the global smartphone market with its flagship One series, the company hired Hollywood actor Robert Downey Jr earlier this year for a series of TV ads to promote its brand.

Officials said during the briefing that company will keep its operating expenses low in October-December at around T$10 billion, 24 percent below the previous quarter's T$13.1 billion. They didn't say exactly where savings would be made.

"We're looking at broader products in this quarter...we aim for higher volume into 2014 that will give better profitability," company financial chief Chialin Chang said in the briefing, referring to more affordable smartphones.

That would represent a switch from previous strategy. HTC has previously said it is aiming to capture 20 percent of the high-end smartphone market in China. But according to research firm IDC, nearly 60 percent of second-quarter smartphone shipments in China came from models that cost $150 or less.

The company's woes have led it to suspend production lines and shutter factories, according to sources. The company will also outsource some manufacturing to other firms and split its design and manufacturing arms.

On Tuesday HTC estimated fourth-quarter revenue will be T$40 billion to T$45 billion, below an average forecast of T$46 billion from 20 analysts polled by Thomson Reuters SmartEstimates. It reported revenue of T$47.1 billion in the previous quarter and T$60 billion a year ago.

HTC said separately on Tuesday that revenue dropped 13 percent in October from the same month a year earlier, highlighting the continuing squeeze on its sales.

Supply-chain mismanagement, employee defections and marketing misfires, among other issues, have pushed the company's stock price to its lowest level since 2005 - before it started releasing phones under the HTC brand.

"Perhaps in the past we have not marketed ourselves that well," Ben Ho, HTC's chief of marketing, told Reuters in an October interview.

Ho did not rule out an increase in the marketing budget, currently at about $1 billion, going forward. "We are in the process of tightening up and revamping a lot of things that we used to do."