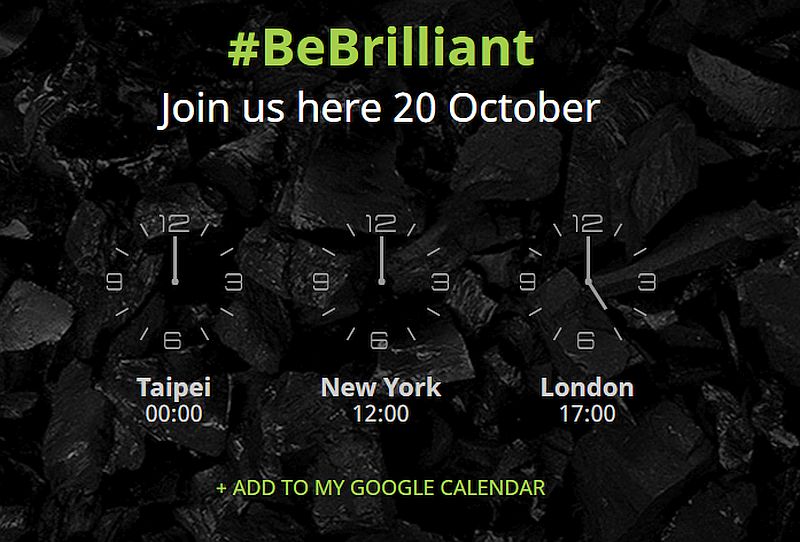 HTC, soon after unveiling the Butterfly 3 and the One M9+ Supreme Camera smartphones, has now announced a global launch event on October 20. Additionally, the Taiwanese company, as in previous years, has come with a list of HTC devices that will be receiving the Android 6.0 Marshmallow update.

For the October 20 event, HTC has also started sending press invite that said, "Meet the Marshmallow from HTC," tipping that HTC's upcoming device (or devices) will be running the latest Android OS. Notably, HTC's launch event will be live-streamed on the company's official website. The HTC event will kick off at 12pm ET (translating to 9:30 PM IST).

HTC this year has again followed its tradition over years of first announcing the latest Android update release time-frame for its devices, publishing a list of devices that will receive the Android 6.0 Marshmallow update.

Many would already know that HTC was one of the first handset OEMs to announce Android 4.4 KitKat and Android 5.0 Lollipop rollout plans for its smartphones, and the Taiwanese giant has again lived up to its reputation.

The company announced the news over Twitter, and said, "We're roasting marshmallows this fall! We'll begin our Android 6.0 rollout to devices before the end of the year." 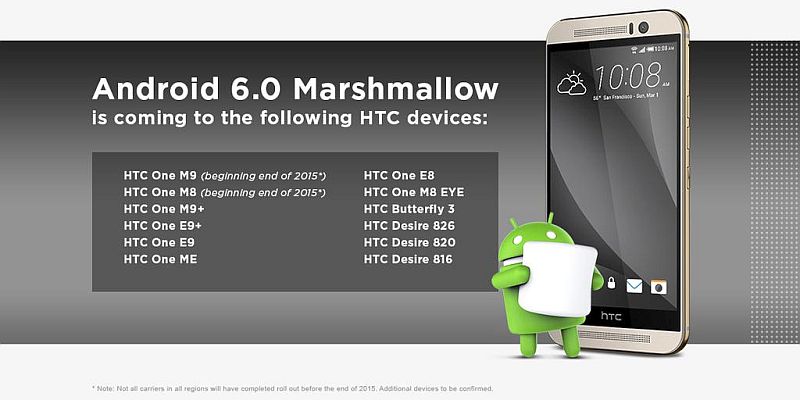 According to the company, the flagships HTC One M9 and One M8 will likely receive the Android 6.0 Marshmallow by the end of 2015. Other smartphones due for the update include HTC One M9+, HTC One E9, HTC One E9+, HTC One ME, HTC One (E8), HTC One (M8 Eye), and HTC Butterfly 3.

Notably, the company is also preparing to bring the Android 6.0 Marshmallow update to select Desire smartphones including HTC Desire 816, Desire 820, and Desire 826. We can expect the Taiwanese company to announce a time-frame for the latest updates for the listed HTC devices in the coming months.

HTC back in May had confirmed plans to bring Android M (now Android 6.0 Marshmallow) to 2015 premium smartphones - HTC One M9 and HTC One M9+.