The HTC One X9, the smartphone that has been rumoured for the last couple of months, might finally launch on Christmas Eve - on Thursday.

The company has posted a teaser on its Weibo page, with an image of a smartphone with the text "Merry X-Mas". The letter 'X' is seen inside the smartphone, tipping the anticipated HTC One X9, while the rest of the image's caption reads "A superior Christmas gift on December 24". The image was first shared by Chinese website It168, and was translated by Android Headlines.

The teaser contradicts a report from November that claimed that the HTC One X9 may launch only in Q1 2016, and will be positioned below the HTC One A9. 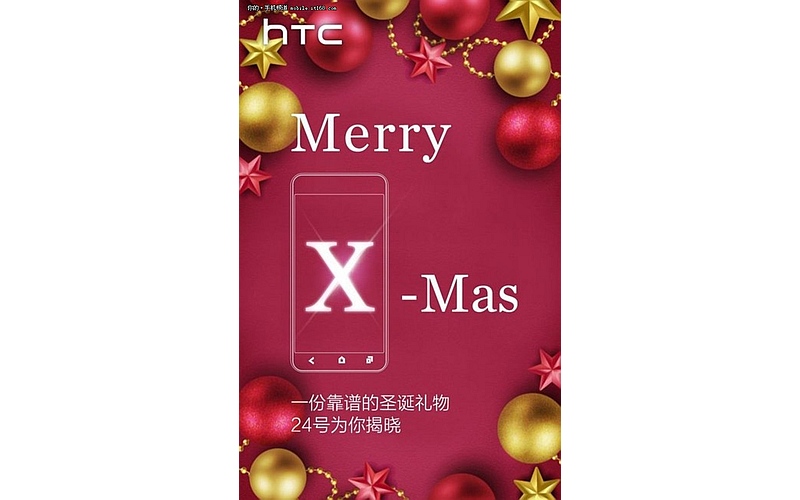 Although the smartphone is yet to be launched by HTC, a publication earlier this month already went a step ahead and published an in-depth review of the One X9 that even includes a video, apart from more images. As per the review, the One X9 will sport a brushed aluminium unibody design, similar to the HTC One A9. It is likely to include HTC's BoomSound dual front-facing speakers, something the One A9 missed out on. The One X9 rear will feature a camera on one side of the handset. One of the notable features seen in the leaked high-resolution images is that the HTC One X9 features capacitive navigation buttons, unlike the One A9 that comes with on-screen buttons.