HTC One X9, One A9w Specifications and Images Leaked 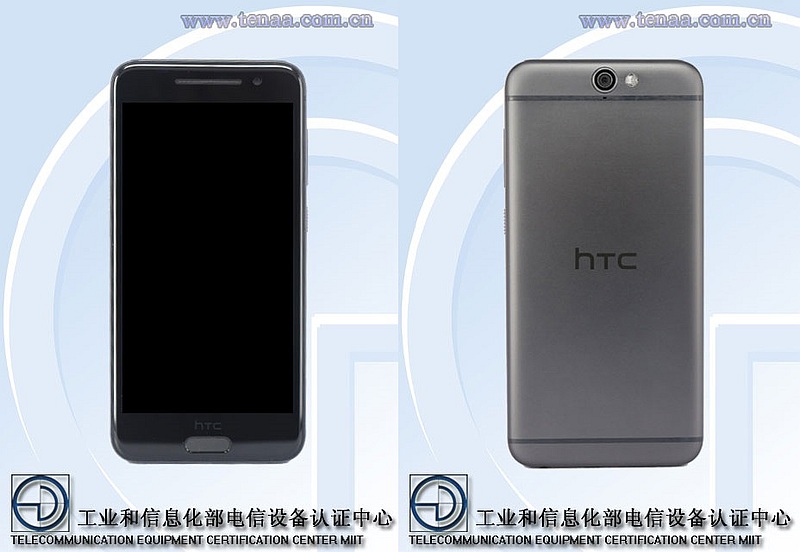 HTC might soon be launching a new handset under its 'One' high-end series, dubbed the One X9. The smartphone was tipped in a leaked image on the Web. The image shows the One X9's display along with the iconic BoomSound front speakers at top and bottom. Another handset dubbed A9w passed Tenaa certification (seen above) revealing some specifications.

The image (seen below) revealed on Weibo (via Nowhereelse) only the 'pursuit of brilliance' and 'packed with city smarts', both taglines that do not reveal much about the smartphone's specifications or features. Also, since the sentences are in English inside the teaser, it is speculated to reach English-speaking regions as well. The Nowhereelse website expects the HTC One X9 to feature a 5-inch QHD (2560x1440 pixels) resolution display, Qualcomm Snapdragon 820 SoC (or Helio X20), 4GB of RAM, 23-megapixel rear camera, 4-megapixel UltraPixel front-facing camera, and a 3500mAh battery. 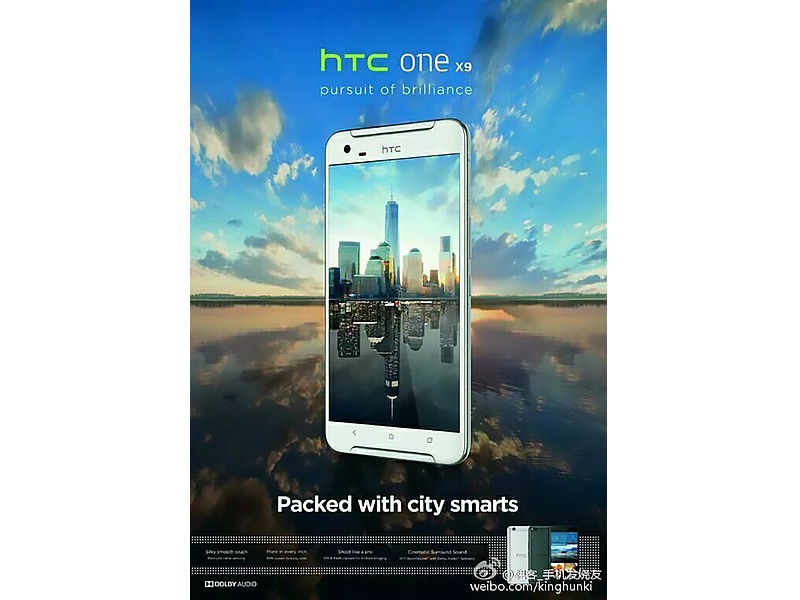 Meanwhile, another HTC-branded smartphone dubbed 'A9w' got certified by Tenaa, the Chinese certification and regulatory authority. The listing shows images of the smartphone, which is similar to the recently announced HTC One A9, and also mentions partial specifications. As per the listing the A9w features an octa-core processor clocked at 1.5GHz under-the-hood, a 5-inch full-HD Amoled display, 2GB RAM and 16GB of inbuilt storage, which can be further expanded via microSD card (up to 128GB).

As for the camera, the Android 6.0 marshmallow-based HTC A9w is seen housing 13-megapixel rear camera with CMOS sensor and a 4-megapixel front-facing camera. It measures 145.75x70.8x7.26 and weighs 143 grams. 4G LTE connectivity, including including India's TDD LTE Band 40, is also supported by the handset. The listing shows the it to be available in Charcoal Grey, Silver, Gold, Garnet, Etching Gold, and Iron Black colour variants. There is no word as to when the two smartphones will be launched.