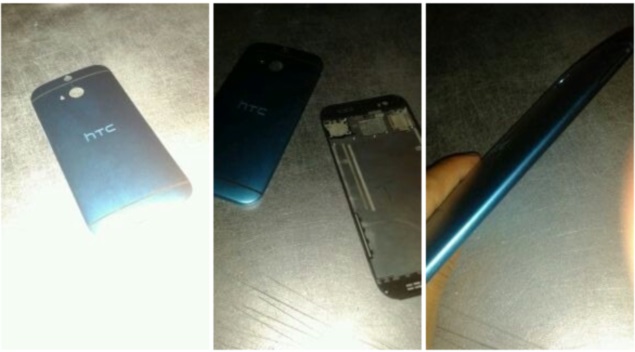 The much-anticipated successor to the HTC One, thought to be codenamed M8 in development, has again come under the limelight with a new report detailing the yet-to-be-announced smartphone.

According to a Bloomberg report, the HTC M8 (also known as HTC One 2, HTC Two) is rumoured to be launched at the upcoming Mobile World Congress event in February. The report's cited sources say the handset will feature a 5-inch screen with a QHD (1440 x 2560 pixel) resolution display. The report also points to the HTC One's successor using the same UltraPixel technology, which was previously seen in HTC One.

However, the camera on the HTC M8 is said to feature twin UltraPixel cameras this time. The twin sensors are said to bump up some of the camera's auto-focus, image quality, and depth of field capabilities. However, the sensor size and resolution is as of yet not known.

Previous leaks by @evleaks indicate the smartphone may feature a 5-inch 1080p HD display, a quad-core Qualcomm Snapdragon 800 MSM8974 processor coupled with 2GB of RAM and Sense 6.0 UI on top of Android 4.4 KitKat. A 2.1-megapixel front camera is also speculated.

Chinese website Eprice also pointed to some additional information alleging specifications like 3GB of RAM and Sense 6.0 U.

The first leaks for the HTC One 'M8' first emerged back in November 2013, with some leaked images of the handset's back panel. It was additionally mentioned that the handset will have a continued partnership with Beats Audio.

The firm is also rumoured to be working on the HTC Butterfly 2, which is said to feature a 5.2-inch full-HD (1080p) display, and run on a Qualcomm Snapdragon 800 processor.