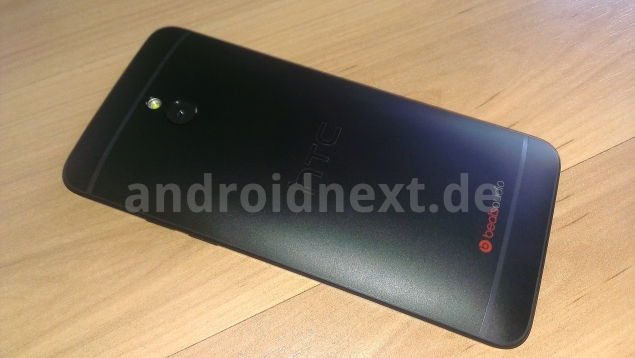 The HTC One Mini has been spotted again in fresh photos with supposedly confirmed specifications.

Technology website, AndroidNext.de has released a few photos and screenshots of the yet to be announced version of the HTC One.

On the specifications front, the site claims that the HTC One Mini will have less power compared to some of the high-end HTC devices. It is expected to be powered by a 1.4GHz dual-core Snapdragon 400 processor with Adreno 305 for graphics and 1GB RAM. The HTC One Mini is likely to boast a 4.3-inch 720p display with a resolution of 720x1280 pixels. Much like the HTC One, the HTC One Mini will also sport the same 4.0-megapixel UltraPixel camera along with a 1.6-megapixel front camera, according to rumours. It would run Android 4.2 Jelly Bean with the latest Sense 5.0 UI layer on top. The device will come with 16GB storage of which 12GB will be user-accessible. 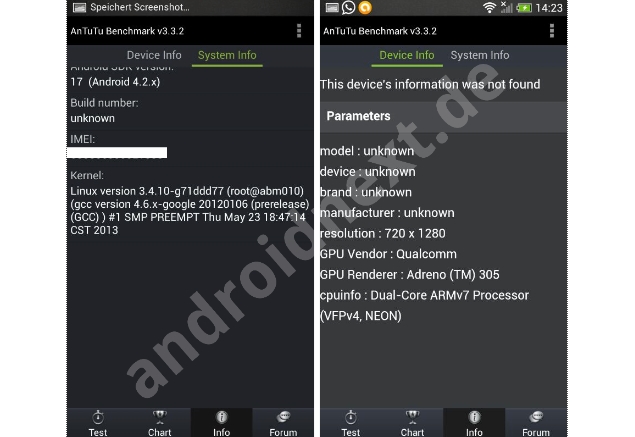 Past rumours have indicated that other specifications of the phone include a 1,700mAh battery, LTE connectivity, Beats Audio and a pixel density of 342 PPI.

It seems quite evident that HTC has been working for a while on a stripped-down version of its flagship device, HTC One. Over the past few months, leaked photos and specifications of the HTC One Mini have surfaced on the Internet.

In addition to the HTC One Mini, the first official look of the dual-SIM HTC Butterfly S has also been revealed. According to LeaksChina, the HTC Butterfly S dual SIM device will have a 5.0-inch 1080p display and will be based on Android 4.2.2. And on hardware front will include a 1.9GHz processor and a 2GB RAM. Other features would include an Ultrapixel camera. HTC had launched the Butterfly S in June.