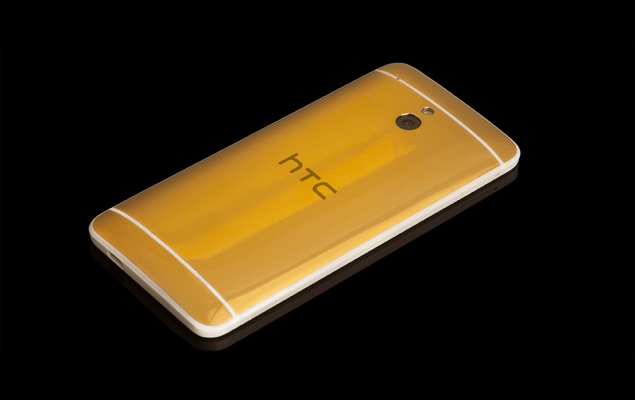 After unveiling the 'Gold' version of HTC's flagship smartphone, the HTC One, Goldgenie has now launched the HTC One mini in Gold avatar.

The gold-plated HTC One Mini 16GB storage variant comes at price of 1247.50 British Pounds, which roughly translates to Rs. 1,23,812, and is available via Goldgenie's site.

The Taiwanese handset maker announced the One mini, a compact version of its flagship smartphone, the HTC One, in July this year. It features the same design as its elder sibling, and comes with a 4.3-inch S-LCD3 display with a resolution of 720x1280 pixels and pixel density of 341ppi. It is powered by a dual-core 1.4GHz Qualcomm Snapdragon 400 processor and has 1GB of RAM. It comes with 16GB of built-in storage but doesn't feature any external expansion options. The smartphone runs Android 4.2 with HTC's Sense 5 UI layer on top, and includes HTC BlinkFeed, that delivers social updates, news updates and photos directly to the home screen of the phone.

The HTC One mini sports the same UltraPixel Camera (with a 4-megapixel lens) that the HTC One boasts of. It also features HTC Zoe and Video Highlights imaging features. The phone offers a 1.6-megapixel front facing camera for video calls and self-clicks. It's powered by an 1800mAh non-removable battery.

The gold-plated HTC One mini was leaked ahead of the launch and NDTV Gadgets had received exclusive images of the unannounced HTC One mini Gold colour variant from an anonymous tipster. The leaked images had revealed the rear panel of the HTC One mini in its full glory.