HTC One mini Gold colour variant spotted in the wild 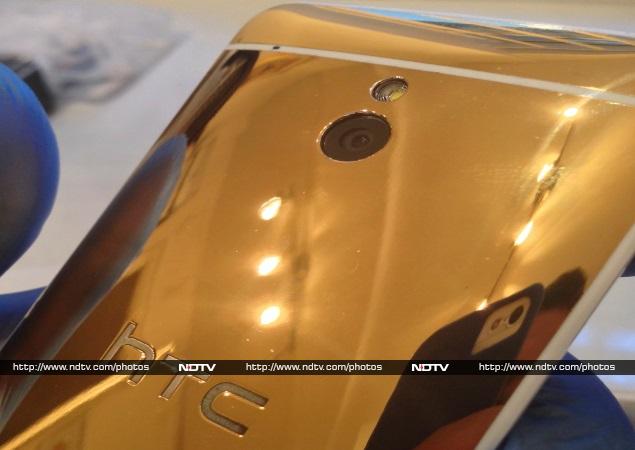 Looks like Gold is the new Black. While Gold editions were limited to luxury smartphones in the past, it seems device makers are now offering Gold colour variants of their flagship phones, following the introduction of the Gold iPhone.

Taiwanese handset maker HTC announced a new version of the flagship smartphone, the One 'Gold' edition earlier this week. It appears that the handset maker is also planning to give its HTC One mini smartphone the gold treatment.

NDTV Gadgets has received exclusive images of the unannounced HTC One mini Gold colour variant from an anonymous tipster. The leaked images reveal the rear panel of the HTC One mini in its full glory. As seen in the images, the HTC One mini's rear panel sports a Gold colour and features a glossy finish. The physical volume rocker buttons are also Gold plated and appear to match the body of the device. However, it's worth pointing out that the original HTC One mini sports polycarbonate/ plastic material at the sides and not aluminium.

It's difficult to verify the authenticity of the images and of the tipster who sent them but they do not appear to have been morphed. 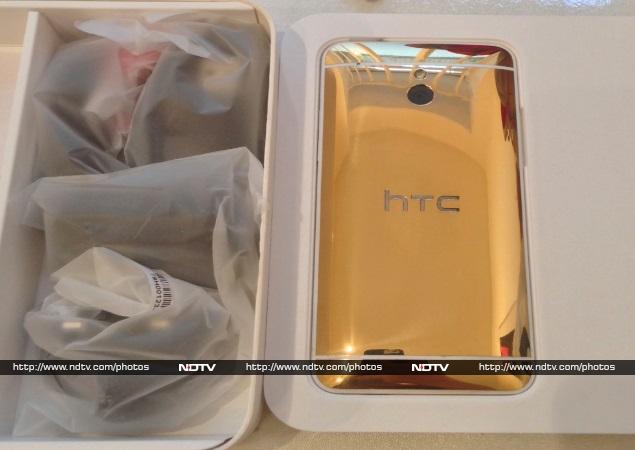 HTC announced the One mini, a compact version of its flagship smartphone, the HTC One back in July. The HTC One mini features the same design as that of its elder sibling and comes with a 4.3-inch S-LCD3 display with a resolution of 720x1280 pixels and pixel density of 341ppi. It is powered by a 1.4 GHz dual core Qualcomm Snapdragon 400 processor and has 1GB of RAM. It comes with 16GB of internal storage but doesn't feature any external expansion options. The smartphone runs Android 4.2 with HTC's Sense 5 UI layer on top, and includes HTC BlinkFeed, that delivers social updates, news updates and photos directly to the home screen of the phone.