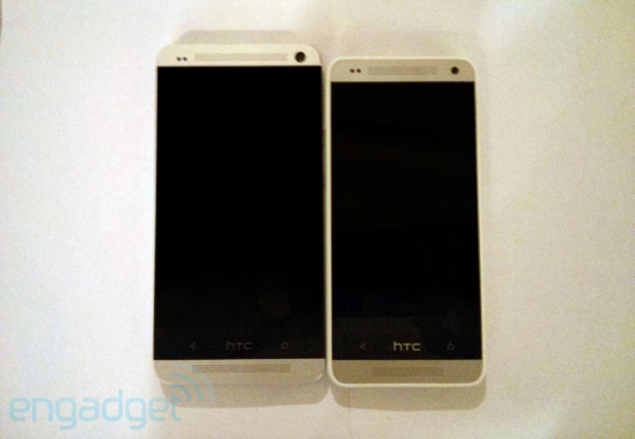 For quite some time now, there have been news reports suggesting HTC One mini being in the works. Most of these reports also suggested that HTC One mini bears the codename HTC M4 and is likely to debut in August.

HTC One mini is likely to compete head on with Samsung Galaxy S4 mini, which was unveiled recently. This smartphone by HTC is expected to have similar metallic unibody design as the HTC One along with a smaller 4.3-inch display. The HTC One mini is also said to sport a 720 X1280 pixel resolution as opposed to 1080p Super LCD 3 display on-board HTC One. The report also confirmed a 1.4GHz dual-core processor and that the Mini runs Android 4.2.2, but no other specs were revealed.

The report also reiterates that the Taiwanese smartphone maker is planning to retail this smartphone from the third quarter.

HTC is also said to be working on Butterfly S smartphone, which is likely to debut in Taiwan on June 19. As per the rumour mill, HTC Butterfly S will sport 5-inch full-HD display. This smartphone is said to come with an UltraPixel camera and higher capacity battery than the one currently on-board HTC One. Some news reports suggest that this smartphone will have only one variant with 1GB of internal storage but it will support microSD card expansion.