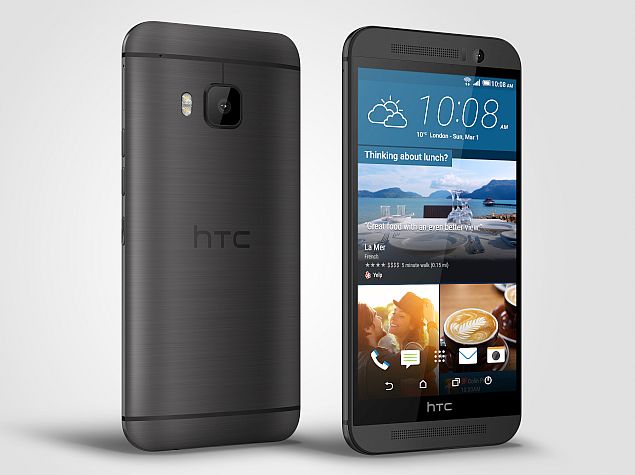 HTC's new flagship smartphone, the One M9, will be launching early next week in Taiwan. Additionally, a report by a Taiwanese publication suggests that the HTC One M9 will be launched in two storage variants 32GB and 64GB in the country.

It's worth mentioning that HTC showcased the One M9 smartphone in just a 32GB inbuilt storage variant at its MWC launch in Barcelona.

The Taiwanese company at MWC, without revealing price of the new One flagship, confirmed that the handset will be available globally starting mid-March. Unfortunately, there is still no further word on availability in other regions yet.

To recall, the HTC One M9 sports an all-metal unibody design and will be in available dual-tone Silver and Rose Gold, single-tone Gunmetal Grey, single tone Gold, and dual-tone Gold and Pink colours. The new HTC flagship runs Android 5.0 Lollipop with the company's brand new Sense 7 UI on top. Under the hood, the HTC One M9 is backed by the 64-bit Qualcomm Snapdragon 810 octa-core (quad-core 2GHz + quad-core 1.5GHz) processor coupled with 3GB of RAM. The One M9 supports expandable storage via microSD card (up to 128GB). Like the HTC One (M8), the One M9 retains a 5-inch full-HD (1080x1920 pixels) display. The new flagship sports a 20-megapixel autofocus rear camera that comes with sapphire cover lens, BSI sensor, f/2.2 aperture, dual-LED flash, and 4K video recording. The One M9 packs a 4-UltraPixel front-camera. The new flagship also comes preloaded with HTC's Eye Experience software enhancements and Zoe app.